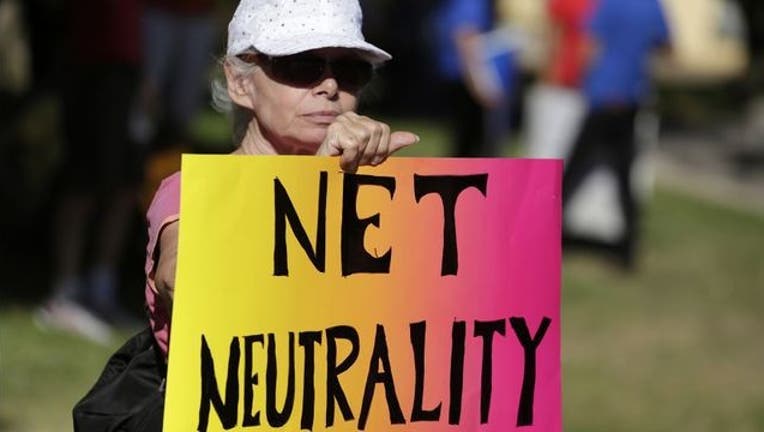 RALEIGH, North Carolina - People in small communities may get better, cheaper access to the Internet after the Federal Communications Commission ruled Thursday that city-owned broadband services can expand into areas overlooked by commercial providers.

The decision quietly played out minutes before the FCC took up the higher-profile issue of Internet neutrality, which imposed the toughest rules yet on broadband providers like Comcast, Verizon and AT&T.

In the less prominent case, the cities of Wilson, North Carolina, and Chattanooga, Tennessee, asked the FCC to override state laws that have prevented them from expanding their super-fast Internet networks. They were built when companies didn't move into their city.

For Richard and Brenda Thornton, the FCC decision could mean a big savings. They live less than a mile from the service area for Chattanooga's Electric Power Board, which provides one gigabit-per-second Internet speeds. The Thorntons now pay $316 for landline phone service, Internet and television from wireless hot spots that two telephone companies offered. Their current connection is a fraction of the speed the Thorntons could get for $133 a month for the same bundle from Chattanooga.

The local cable company has refused to extend broadband service to their home, said Brenda Thornton, who likes to trade securities and commodities futures but can't do it because of the slow wireless speed.

"People don't realize how bad it is if you don't have a good Internet. Those people that have it, they don't even realize there's people like us that exist," she said.

Local governments that offer broadband contend they were at risk of being left behind economically. More than 450 communities nationwide have municipal broadband offerings, according to the Institute for Local Self-Reliance, which supports community Internet providers.

Critics of the state laws argued they were passed by lawmakers to protect entrenched corporate interests.

"The bottom line of these matters is that some states have created thickets of red tape designed to limit competition," FCC Chairman Tom Wheeler said.

The vote was 3-2, with both Republican commissioners voting against it, arguing it was outside the commission's authority, violated state's rights and undermines private enterprise.

"It is not the government's role to offer services instead of or in competition with private actors," said Commissioner Michael O'Rielly.

The decision affects only the two cities in North Carolina and Tennessee - but could set a precedent for others. Still, telecom analyst Paul Gallant of Guggenheim Securities said the city-owned providers aren't big enough to upset the market, and will need separate FCC action for each case.