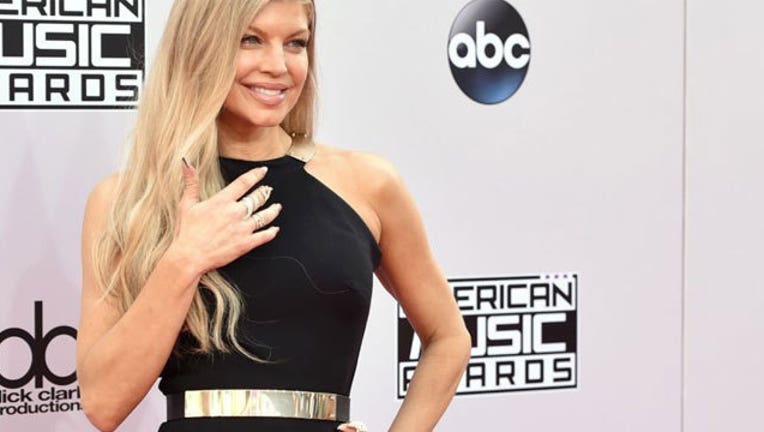 NEW YORK (AP) — Fergie says the concept for her latest hit, "M.I.L.F. $," was in the works for three years, and she's hoping to inspire and empower mothers to balance motherhood, career life and "me time."

The song and white-hot video co-starring Kim Kardashian, Chrissy Teigen and Ciara debuted Friday and quickly became a trending topic on social media. It already has 20 million views on YouTube.

"This is definitely empowering moms to have fun. Being a mom and having a career, taking care of yourself and still being able to be flirty and fun and a little naughty sometimes — there's nothing wrong with that," Fergie said in a phone interview from Los Angeles on Tuesday. "Society tries to tell moms what they should and shouldn't be, and it's just a little freeing to have fun with pushing those limits a bit. I might do it a little bit more than others, but that's just who I am."

The music video shows the celebrity moms in various roles — waitress, teacher, politician; breast-feeding, working in the garden, doing yoga — that Fergie said is "all done with a laugh and a wink ... I've always poked a little fun at being sexy." In separate scenes, Fergie and Kardashian pose while drenched in milk.

Fergie said she reached out to her co-stars, who include models Alessandra Ambrosio, Gemma Ward and Devon Aoki.

"These girls are insanely beautiful and they're all doing great things. These women, they were just having so much fun on set, giving their best 'Got Milk' ad if you will," she said. "It was just great."

Fergie said the vibe on the set was so great that an extended version of the video might be released. "There's so much more content that we shot ... that we're just going to keep probably presenting it to everyone. I think 'M.I.L.F.' will probably have its own babies."

Fergie's last solo album was 2006's "The Dutchess." Since then, she's released two albums with the Black Eyed Peas, a solo single and guest-starred on songs. "M.I.L.F." — which stands for "moms I'd like to follow" — will appear on her second solo album, "Double Dutchess," due out this year.

"I can tell you I have lot of new music. I'm super excited to give pieces, a little bit at a time. It's definitely authentically me because of the fact that it's a lot of different things," she said of the multi-genre pop album. "It wouldn't be me if I released all songs like 'M.I.L.F. $' ... there's a plethora of different sounds."

The 41-year-old Grammy winner is married to actor Josh Duhamel and gave birth to Axl Jack in 2013. Fergie said her son enjoys dancing to her new song.

"He loves it," she said. "Whenever we put on music with a really good beat, he starts dancing and he does this little bounce and we call him 'the dancing guy.'"

She laughed as she recalled her son first meeting Kardashian: "He met Kim as Nori's mom. So when he first saw her, he said, 'Is that Nori's mom?'"