Things to know about the TIME Person of the Year title

The Person of the Year is the person, people or concept that had the most influence on the world during the previous 12 months.

Time Magazine on Monday revealed the finalists for its 2022 "Person of the Year," a title given annually to a person, group, object, or even an idea that wielded "the most influence in the previous 12 months... for better or for worse."

Every year since 1927, the magazine has picked a Person of the Year. The list has included U.S. presidents, "The Computer" in 1982, Ebola fighters (2014), and the "Silence Breakers" — or those who shared their stories about sexual assault and harassment in 2017.

Last year, Elon Musk was named Time’s 2021 Person of the Year, prior to his acquisition of Twitter. Musk, who also leads electric carmaker Tesla and rocket company SpaceX, was given the title "for creating solutions to an existential crisis, for embodying the possibilities and the perils of the age of tech titans, for driving society’s most daring and disruptive transformations," Time editor-in-chief and CEO Edward Felsenthal wrote at the time.

"Person of the Year is a marker of influence, and few individuals have had more influence than Musk on life on Earth, and potentially life off Earth too," Felsenthal said.

Time emphasizes that its annual acknowledgment is not an award, but rather, a "recognition of the person who had the most influence on the events of the year, for good or for ill."

The magazine's official shortlist was shared on the "Today" show, which includes Musk and several others. The 2022 Person of the Year will be revealed on Wednesday.

Here is a list of candidates up for the title in 2022: 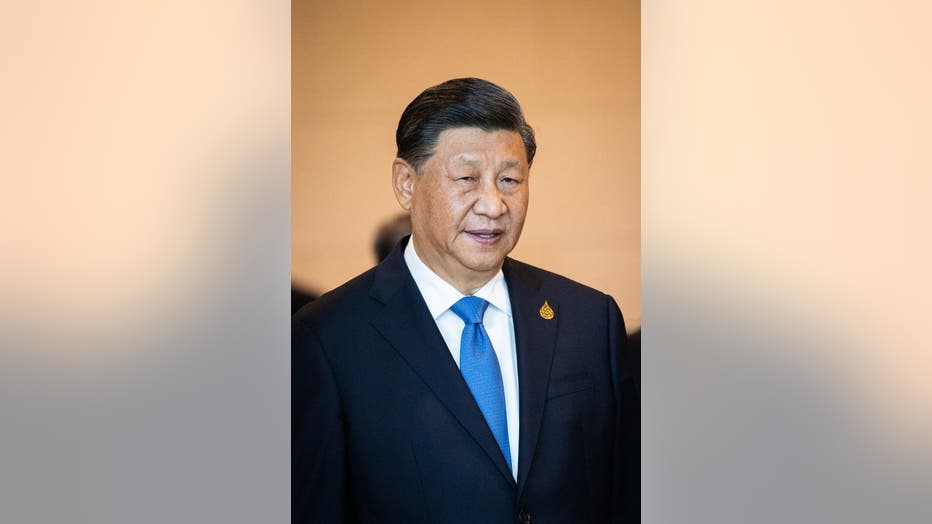 Chinese President Xi Jinping has served as leader of the country’s communist party since 2013. This year, he awarded himself a third five-year term as party leader in a break with tradition that called for him to step down after 10 years.

Most recently, the country’s "zero-COVID" strategy that has confined millions of people to their homes and set off protests has led to demands for him to resign.

In June, the U.S. Supreme Court ended constitutional protections for abortion. That decision to overturn the 1973 Roe v. Wade case had been foreshadowed in an unprecedented leak of a draft opinion published by Politico.

The ruling also prompted questions about whether the court — now that it is more conservative — might also overturn its 2015 decision declaring a nationwide right to same-sex marriage. Justice Clarence Thomas explicitly said that decision should also be reconsidered.

The 2021 Time Person of the Year also had a busy 2022. Musk, the world’s richest man, paid $44 billion for Twitter and became owner and CEO in October. Musk soon laid off several of the company’s top executives and other employees.

A self-described free speech absolutist, Musk has said he wants to make Twitter a global digital town square. But he also said he wouldn't make major decisions about the content or about restoring banned accounts before setting up a "content moderation council" with diverse viewpoints.

He soon changed his mind after polling users on Twitter and offered reinstatement to a long list of formerly banned users including ex-President Donald Trump, Kanye West, the satire site The Babylon Bee, the comedian Kathy Griffin, and Anglin, the neo-Nazi.

And while Musk's own tweets suggested he would allow all legal content on the platform, Ye's recent suspension shows that's not entirely the case. The swastika image posted by the rapper falls in the "lawful but awful" category that often bedevils content moderators, according to Eric Goldman, a technology law expert and professor at Santa Clara University law school. 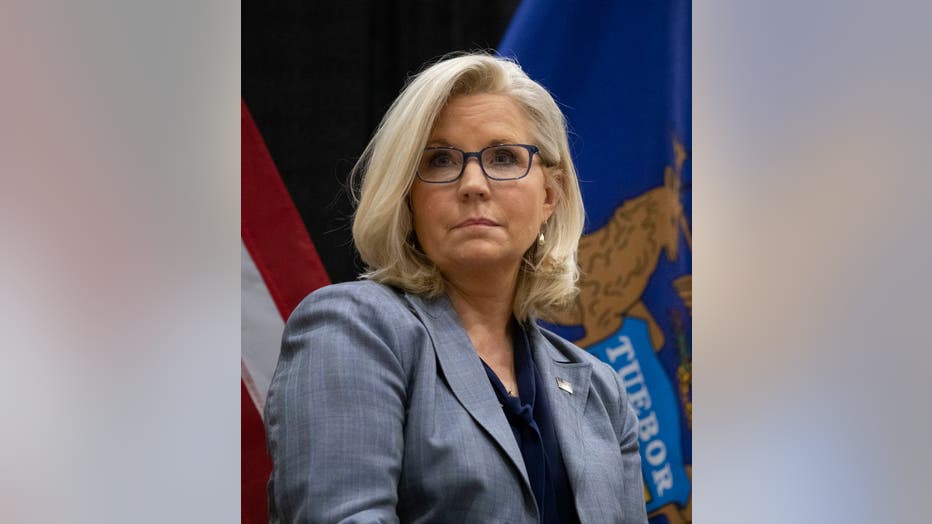 Rep. Liz Cheney, R-Wy., vice chair of the House committee investigating the Capitol riot and an unsparing critic of former President Donald Trump, lost to a Trump-backed challenger in her Wyoming primary in August. 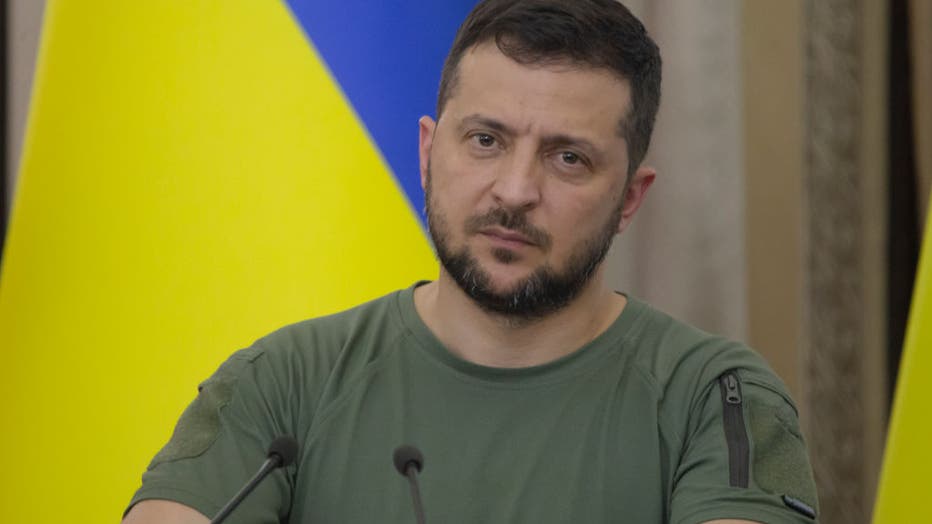 FILE - President of Ukraine Volodymyr Zelenskyi during a joint press conference with President of Turkey Recep Tayyip Erdogan and Secretary-General of the UN Antonio Guterres on Aug. 18, 2022, in Lviv, Ukraine. (Photo by Yan Dobronosov/Global Images

Since the Russian invasion of Ukraine in February, Ukrainian President Volodymyr Zelenskyy has become a notable figure worldwide for his leadership of Ukrainian resistance and efforts to bring attention to the months-long war.

Last month, Ukraine’s president suggested he would be open to peace talks with Russia, softening his refusal to negotiate with Moscow as long as President Vladimir Putin is in power while sticking to Kyiv’s core demands.

But Zelenskyy reiterated that his conditions for dialogue were the return of all of Ukraine’s occupied lands, compensation for war damage, and the prosecution of war crimes. He didn’t specify how world leaders should coerce Russia into talks. 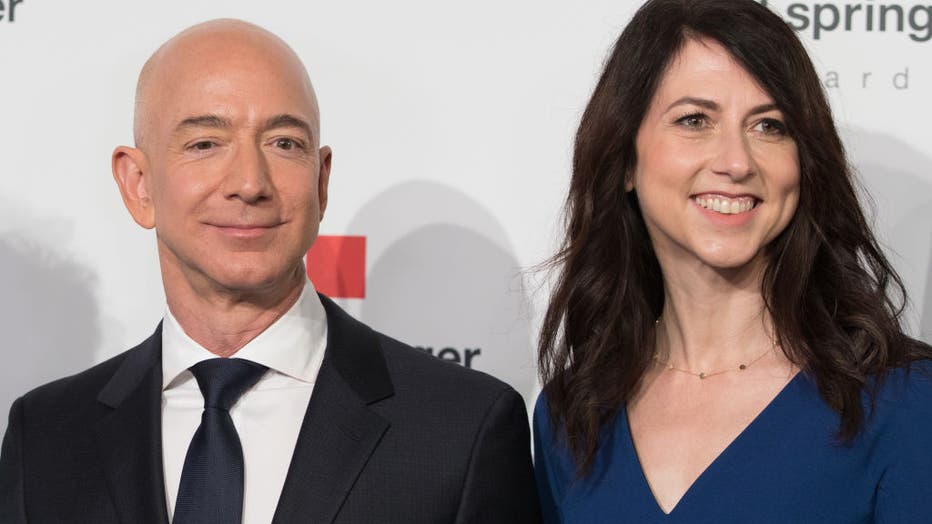 Philanthropist MacKenzie Scott has donated billions of dollars to various organizations and charities, including a $122 million gift to Big Brothers Big Sisters of America this year — which is the largest donation from a single individual in the organization’s history.

Scott, currently worth about $42 billion according to Forbes, has signed the Giving Pledge, a promise from many billionaires to donate more than half their wealth.

As part of her 2019 divorce from Amazon founder Jeff Bezos, who was then the richest person in the world, Scott received 4% of Amazon’s shares.

Protests in Iran erupted after a 22-year-old woman died in September while being held by the morality police for violating the country’s strictly enforced Islamic dress code.

The death of Mahsa Amini, who had been picked up for her allegedly loose headscarf, or hijab, triggered daring displays of defiance, in the face of beatings and possible arrest.

Many Iranians, particularly the young, have come to see Amini’s death as part of the Islamic Republic’s heavy-handed policing of dissent and the morality police’s increasingly violent treatment of young women.

In street protests, some women tore off their mandatory headscarves, demonstratively twirling them in the air. Videos online showed two women throwing their hijabs into a bonfire. Another woman was seen cutting off her hair in a show of protest. 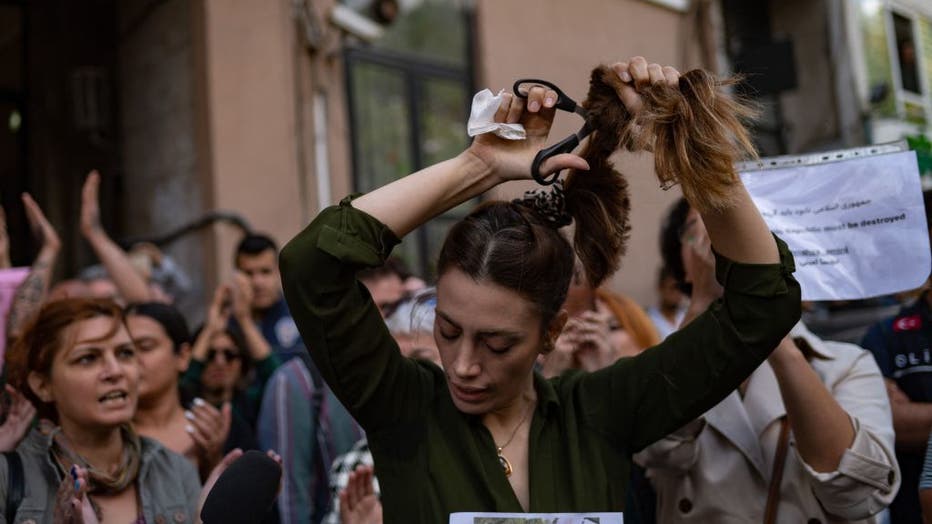 Nasibe Samsaei, an Iranian woman living in Turkey, cuts her ponytail off during a protest outside the Iranian consulate in Istanbul on September 21, 2022, following the death of an Iranian woman after her arrest by the country's morality police in Te 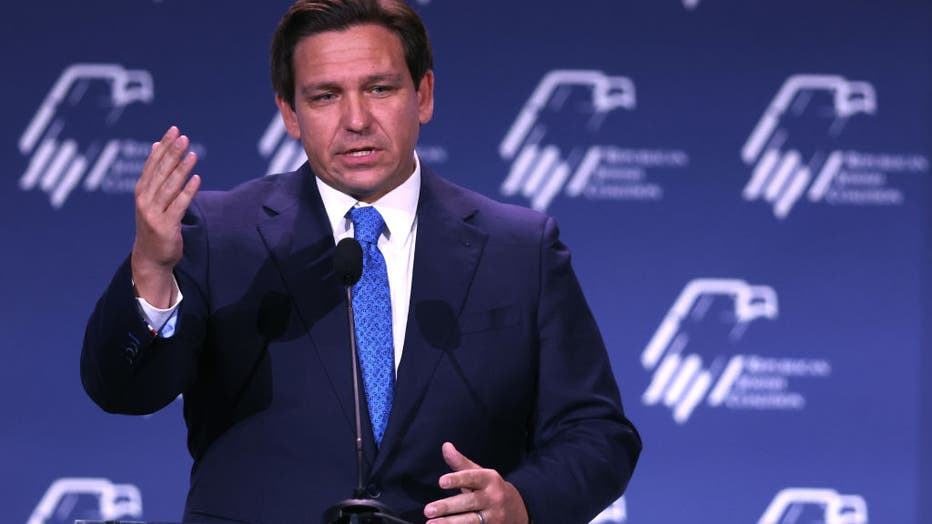 Florida Gov. Ron DeSantis’ reelection and his battle against what he characterized as the "woke agenda" of liberals has earned him more attention in 2022.

He gained significant national attention during the start of the COVID-19 pandemic through his outspoken opposition to continued lockdowns and to mask and vaccine mandates, and eventually displayed an eagerness to wade into nearly any cultural divide.

Ahead of the midterm election, DeSantis harnessed the power of incumbency to assemble media, often on short notice and far outside major markets, for news conferences where he would spend significant time honing critiques of Democratic President Joe Biden, liberal policies, and the mainstream media.

The gubernatorial victory prompted more speculation of a potential DeSantis presidential run. DeSantis has so far dodged questions on his possible Washington aspirations.

Several mass shootings made headlines in 2022, including a racially motivated attack in May at a supermarket in Buffalo, New York, a shooting at an elementary school in Uvalde, Texas, that left 19 students and two teachers dead, and a July 4 parade shooting in Illinois.

In June, President Joe Biden signed a bipartisan gun safety bill. The package was both a measured compromise and the most significant bill addressing gun violence to be approved in Congress in decades.

That same month, thousands of people rallied on the National Mall and at hundreds of other events across the United States in a renewed push for gun control measures, dubbing the movement "March for Our Lives." 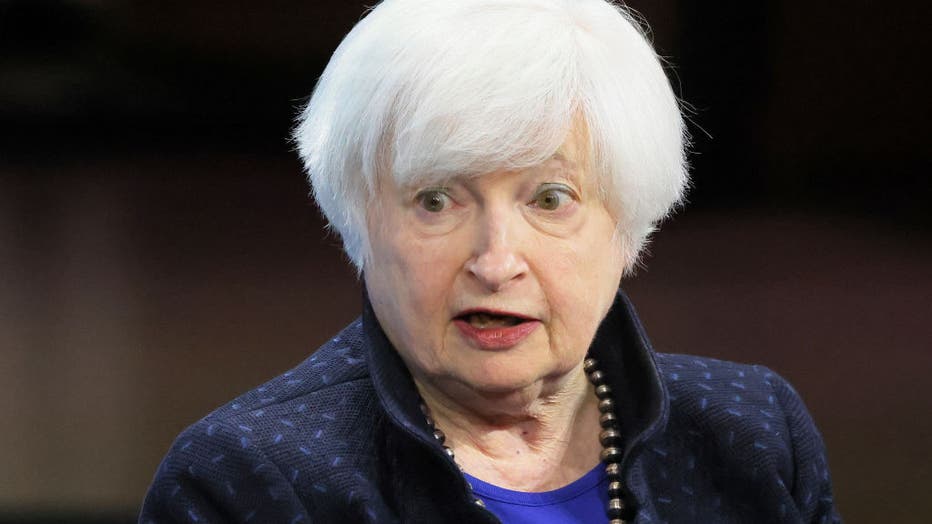 FILE - U.S. Secretary of the Treasury Janet Yellen speaks during the New York Times DealBook Summit in the Appel Room at the Jazz at Lincoln Center on Nov. 30, 2022 in New York City. (Photo by Michael M. Santiago/Getty Images)

In 2021, Janet Yellen was sworn in as U.S. treasury secretary and became the first woman in the 232-year history of the U.S. Department of the Treasury to hold the position.

Yellen, a former U.S. Federal Reserve chair, sought to project confidence in the U.S. financial outlook in 2022 while pledging vigilance in "the face of global economic headwinds."

Russia’s invasion of Ukraine has driven up food and energy prices globally — in some places exponentially, exposing vulnerabilities in the global food and energy supply. The ongoing COVID-19 pandemic, rising inflation, and worsening climate conditions have also impacted world economies and exacerbated other crises, like high debt levels held by lower-income countries.

Ahead of the midterm election in October, Yellen said the Biden administration is "committed to working with our partners to build greater resilience, in America and globally, to the types of shocks we’ve seen."

"We are highly attuned to the risks on the horizon," Yellen said. "Many other major economies are facing high inflation as well. They must also continue implementing policies to rein that in."

"Our path forward begins with the jobs we have to do at home," she said.