All homes saved from Palisades Fire

Evacuations were lifted for Pacific Palisades residents impacted by the Palisades Fire.

The fire that sparked late Monday morning grew rapidly and spread toward homes in the area that caused authorities to issue mandatory evacuations as flames raced up a hillside. Firefighters managed to save all homes from the fire and evacuations were later lifted.

Firefighters continued to fight against hotspots throughout the fire's footprint, the Los Angeles Fire Department said.

Due to continued progress on the Palisades Fire, the number of firefighters was reduced from 177 to 115. Crews will remain on scene overnight patrolling to make sure wind gusts do not spread embers outside the containment lines.

Los Angeles Fire Department officials said a firefighter suffered minor injuries and another, described as a civilian, was taken to the hospital with moderate injuries resulting from "respiratory distress." In all, officials say three first responders suffered injuries as a result of this fire.

The fire burned through trees and brush as it headed toward multimillion-dollar homes. Some residents were seen fleeing on foot to escape the blaze.

Plenty of concern in the area of that fire--even people who weren't evacuated feeling pretty nervous.

The L.A. Fire Department issued a statement that said:

"There is a Mandatory Evacuation Order for all residents within the area bordered by Charmel Lane on the West, Bienveneda Avenue on the East, the end of Lachman Lane on the North, and Merivale Lane on the South. All persons in this area are directed to leave NOW in a calm and orderly manner. This is due to both potential fire and smoke behavior as well as the pending arrival of large fixed-wind retardant dropping aircraft. Evacuating residents are asked to notify their neighbors of this Mandatory Evacuation Order, and to offer what evacuation assistance they can to neighbors who have mobility or functional needs."

Approximately 200 homes were under evacuation orders, according to officials. An evacuation center was set up at the Palisades Recreation Center.

Residents in the Palisades watched as fire raced towards their homes. Bill Melugin continues our team coverage live the Pacific Palisades to give us a closer look.

By Monday evening. residents with identification living off Palisades Drive in Palisades Highland were being allowed back into their homes with police escort. by 9 p.m. all evacuation orders for the Palisades Fire were lifted but LAFD advised everyone living in high fire danger areas to be cautious and ready to quickly evacuate if the weather changes.

The fire was reported about 10:40 a.m. near the 500 block of North Palisades Drive near the intersection of Sunset Boulevard, with the flames driven upward by the terrain, according to the Los Angeles Fire Department. Authorities said there was no wind in the area, even as gusty conditions persisted in other parts of the Southland. 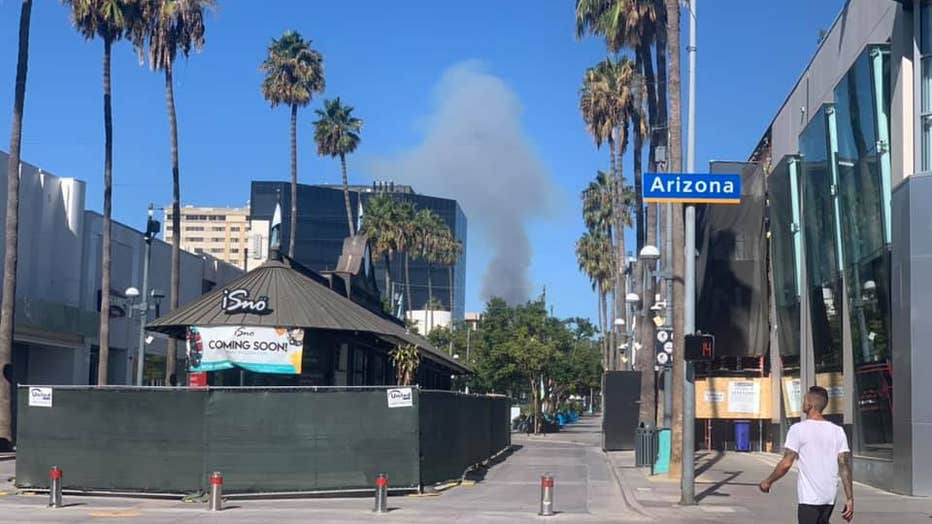 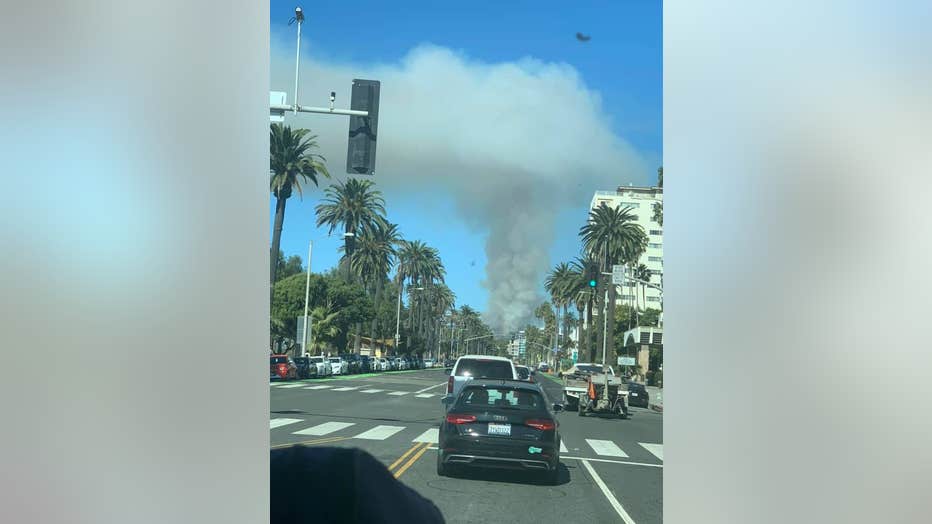 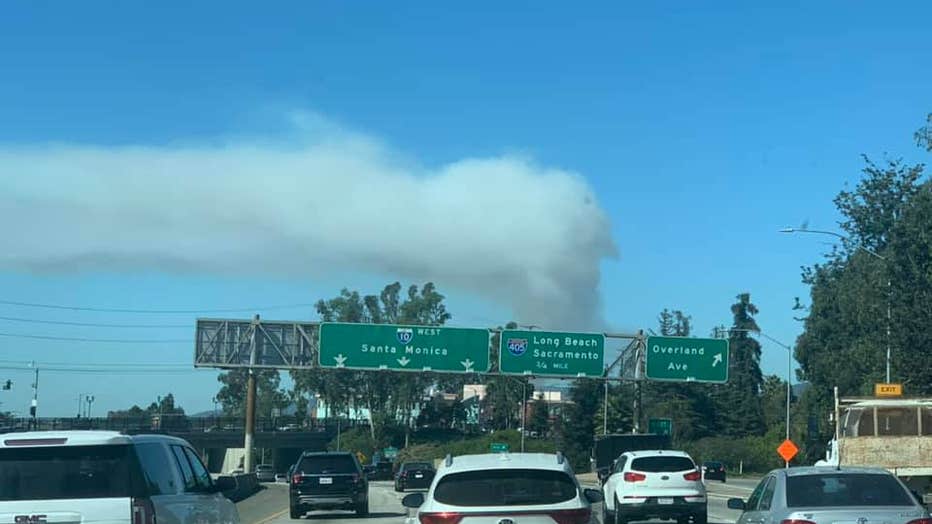 Some homeowners were seen using garden hoses in an effort to douse the flames nearing their backyards, but they were outmatched by the towering fire, which threatened homes along Vista Grande Drive and Charmel Lane. Structure protection fire crews arrived at the area as the flames advanced rapidly. Some residents were seen running down their driveways to escape the blaze.

Embers floating into the neighborhood set off at least one fire in shrubs separating a pair of homes, and firefighters rushed into the area to douse the flames before any structures were damaged. Crews in water-dropping helicopters were helping attack the flames in the difficult-to-access hillside area.

"This is an extremely challenging fire for hand crews," LAFD Capt. Cody Weireter said. "If you look at the firefighters, they're essentially clawing their way up this hillside with rocks coming down on them."

The fire came ahead of an anticipated wind event expected later in the week.

SoCal Edison also warned more than 17,000 Southern California in Los Angeles, Ventura, San Bernardino, and Santa Barbara counties that power may be shut off amid the return of high wind speeds and fire weather conditions. 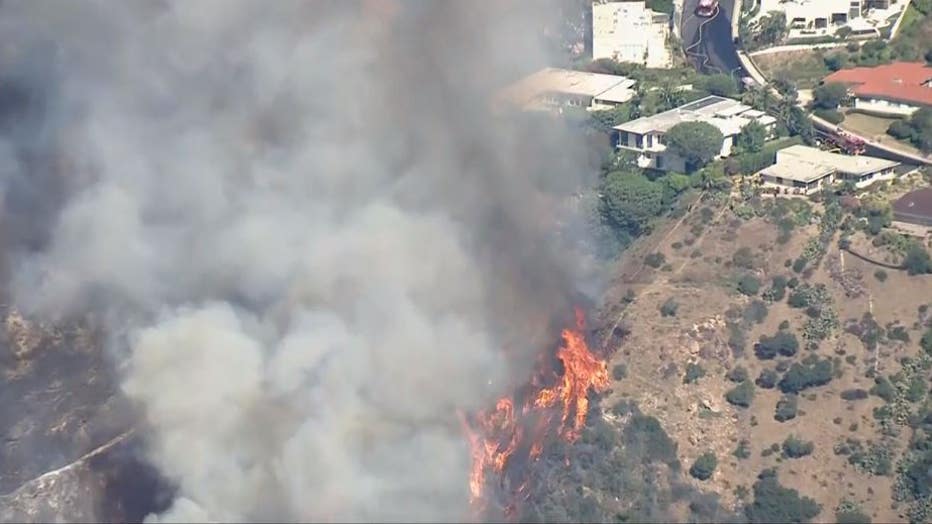