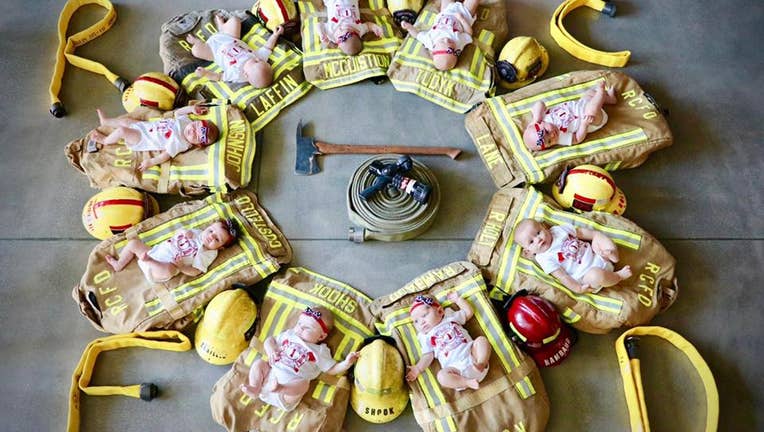 RANCHO CUCAMONGA, Calif. - A fire department is celebrating their very own baby boom in California.

In a series of photos, the Rancho Cucamonga Fire District announced the welcoming of nine babies born to families in the department from March and July of this year. 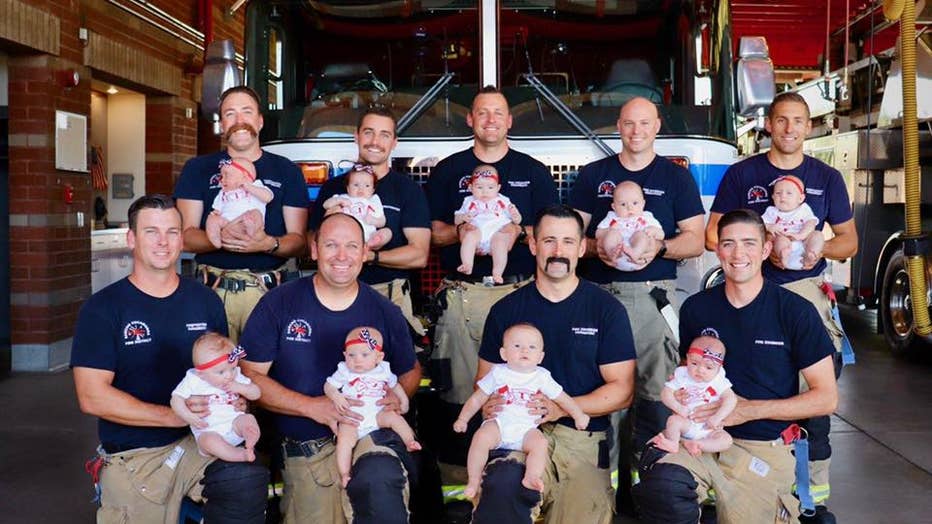 The babies are seen resting on their fathers’ firefighter gear in the first photo with hoses shaped to spell “RCFD”. 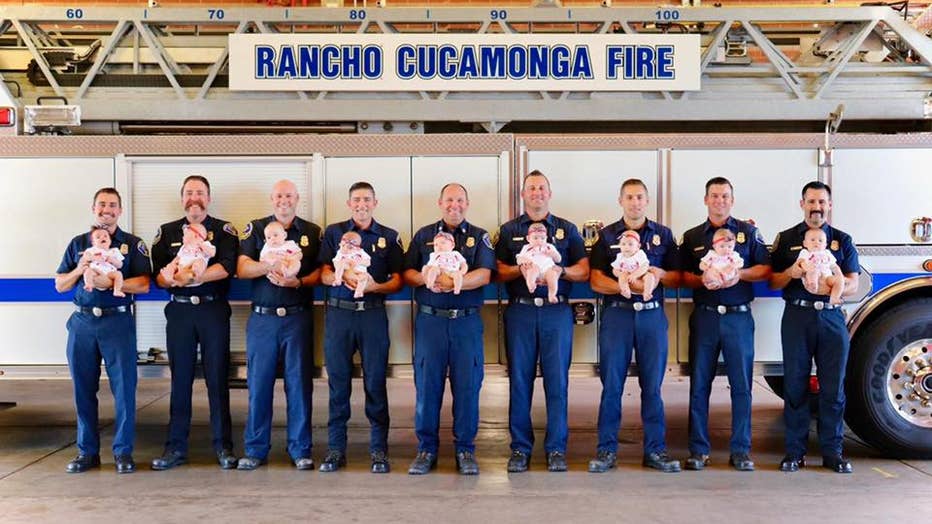 In subsequent photos, the babies are shown in their fathers’ arms in front of fire trucks.

"We are thrilled to see our RCFD fire family keep growing," the department said in their post.