Guzman resigned from her position on the Texas high court Friday after serving a dozen years on the bench. Guzman, who was nominated for the state Supreme Court in 2009 by then-Gov. Rick Perry, became the first female Hispanic justice to serve on the state’s highest court.

After stepping down from the court, Guzman filed paperwork with the Texas Ethics Commission stating she plans to run for attorney general. The news was first reported by the Texas Tribune.

"Eva Guzman has served Texas for over 22 years honorably," Guzman political adviser Justin Dudley wrote in a statement. "She looks forward to putting her experience and know-how to work in a new role. The campaign will have a formal announcement soon."

The race has been in the national political spotlight since George P. Bush launched a primary challenge at the beginning of the month against incumbent Republican Ken Paxton, who’s running for a third term next year. 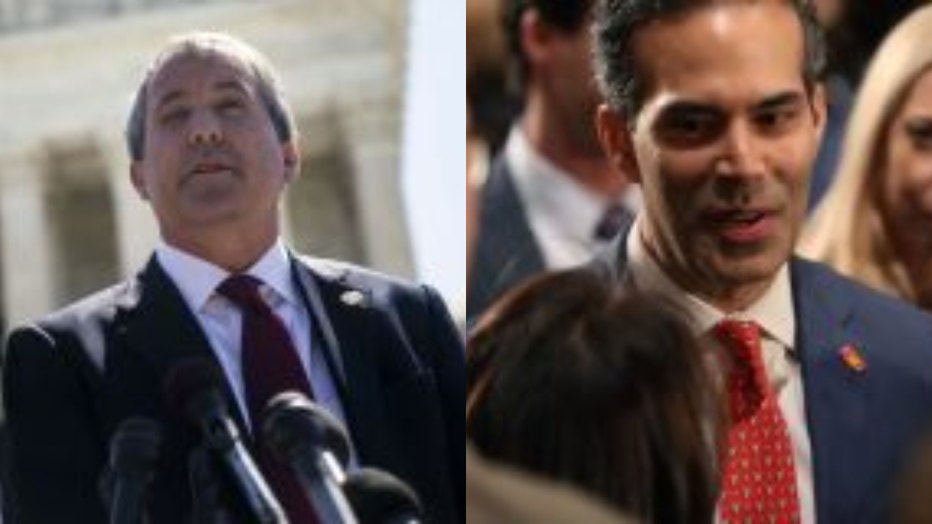 Bush, the two-term Texas land commissioner and the last member of the Bush political dynasty – which over four generations has produced two presidents, a vice president, a senator, two governors, and a congressman – has fired away at the legal controversies facing Paxton, telling Fox News he’s "a conservative advocate for the state of Texas but without the baggage."

Paxton is facing felony securities fraud charges in a case that dates back six years and has hovered over him during his entire tenure as attorney general. He denies any wrongdoing and has claimed the charges are politically motivated.

But Paxton is also the focus of a separate FBI corruption investigation for allegedly abusing his office to benefit a wealthy donor.

"For many years now, Texans know that their top cop has been under securities fraud indictment and very concerned about that, and last November it became clear with eight of his top lieutenants alleging everything from bribery to corruption that many at the grassroots level in our state want a change in leadership," Bush said in an interview on "Fox & Friends" hours after he declared his candidacy.

Paxton took aim at Bush ahead of his announcement, saying in a radio interview that "he’s kind of got this mentality that he’s going to be president some day and he’s got to get started. That’s it."

And Paxton charged that Bush is "not going to run against me on the issues because he’s not competent to do the job….has really no experience in practicing law."

Former President Trump, who still remains very popular with GOP voters and incredibly influential with Republican politicians as he aims to play a kingmaker’s role in party politics, has said he’ll weigh in on the Texas attorney general race. Paxton, a Trump supporter, and ally, made headlines following now-President Biden’s victory over Trump in November’s election when he led an unsuccessful legal effort to push the Supreme Court to overturn the election results. And since Biden has taken over in the White House, Paxton has been aggressive in challenging the new president’s policies in court.

But the younger Bush has stayed far from his family’s verbal battles with Trump. After his father ended his bid for the 2016 GOP nomination, George P. Bush ended up supporting the man who savaged his father as "low-energy Jeb." He also endorsed Trump’s 2020 reelection.

It's not grabbing anywhere close to the attention that the GOP primary race is receiving, but there’s also a Democratic race. Joe Jaworski, a former Galveston mayor and trial attorney, is running for his party’s nomination.