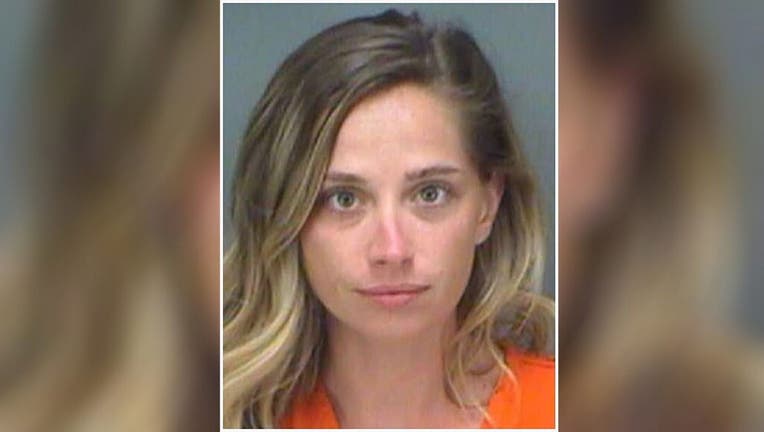 SAFETY HARBOR, Fla. - A Florida stewardess flew into a fury after walking in on her husband with another woman, wiling the wife to attack her spouse and smash a guitar into a wall.

Nicole Denison allegedly arrived at her Safety Harbor home at 11 p.m. on July 22 to discover her husband having sex with someone else, according to a Pinellas County arrest affidavit.

The woman was arrested on Tuesday and charged with domestic battery. After being booked into the county jail, Denison was reportedly released Wednesday on her own recognizance.

Denison is employed by Allegiant Air, The Smoking Gun reported, while her husband has worked as a bartender and fitness instructor.

Denison, 29, became "enraged" and went after her hubby, 34, leaving him with a black eye, scratches on his forehead and a bruised right arm, per police records published by The Smoking Gun.

Then, Denison smashed an acoustic guitar against a wall, destroying the musical instrument, leaving a gaping hole and knocking down shelves in a nearby closet.