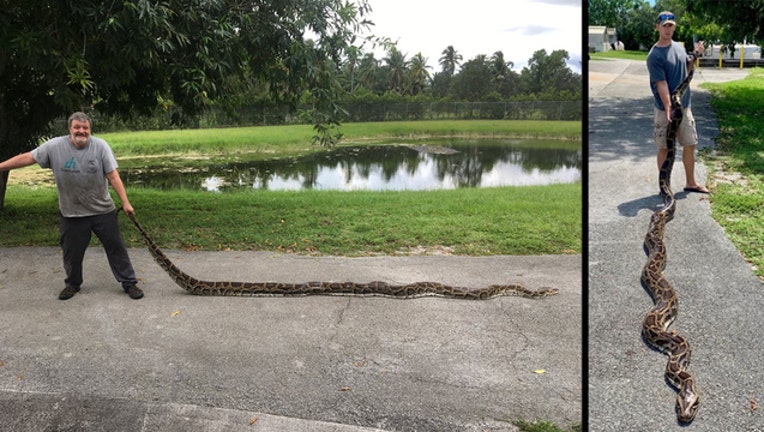 Shortly after the agency posted pictures of one snake caught by Kevin Reich, colleague George Perkins showed up at the Davie office with another catch.

Perkins' python was 121 pounds, which was 40 pounds heavier than the one Reich brought in.