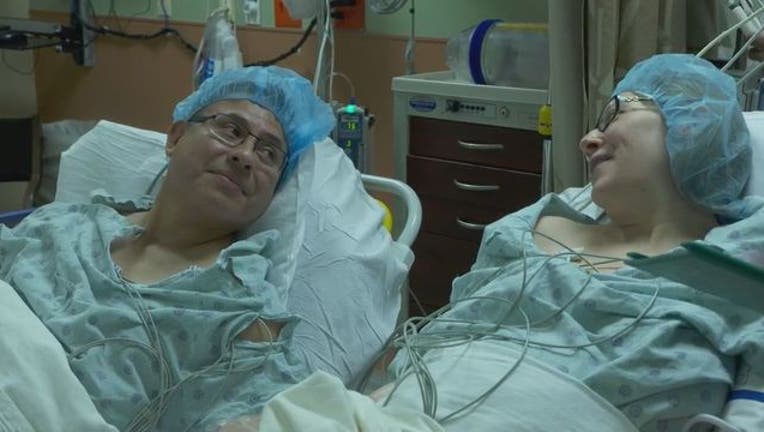 The couple from Weston, Florida, spoke to reporters Tuesday about their Feb. 19 surgeries, which took five hours, at Memorial Regional Hospital. It was the first successful live donor kidney transplant at the Hollywood hospital where Monica Calle works.

It took 30 health care workers to get the couple through the process and they actually went home from the hospital early.

Their anniversary on Thursday will hold an extra special meaning this year for the couple and their three children.

“This is an amazing gift,” said Monica, shortly before going home four days after the surgery. “God put this man in my life for a reason. He saved my life.”