Geologists discover lost continent the size of Greenland underneath Europe

Today, the sedimentary rock that was scraped off when the lost continent subducted into the Earth’s mantle make up the Apennines, parts of the Alps, the Balkans, Greece and Turkey.

UTRECHT, Netherlands - The Mediterranean region is one of the most geographically complex on Earth, and geologists from the University of Utrecht, Netherlands, discovered the region has been hiding a big secret — a lost continent the size of Greenland that disappeared under Southern Europe long ago and has never before been mapped.

“Forget Atlantis. Without realising it, vast numbers of tourists spend their holiday each year on the lost continent of Greater Adria,” reads a release from the University of Utrecht.

Much of this lost continent was underwater and formed shallow coral reefs before it subducted into the Earth’s mantle under Southern Europe.

Today, the sedimentary rock that was scraped off when the lost continent subducted into the Earth’s mantle make up the Apennines, parts of the Alps, the Balkans, Greece and Turkey. 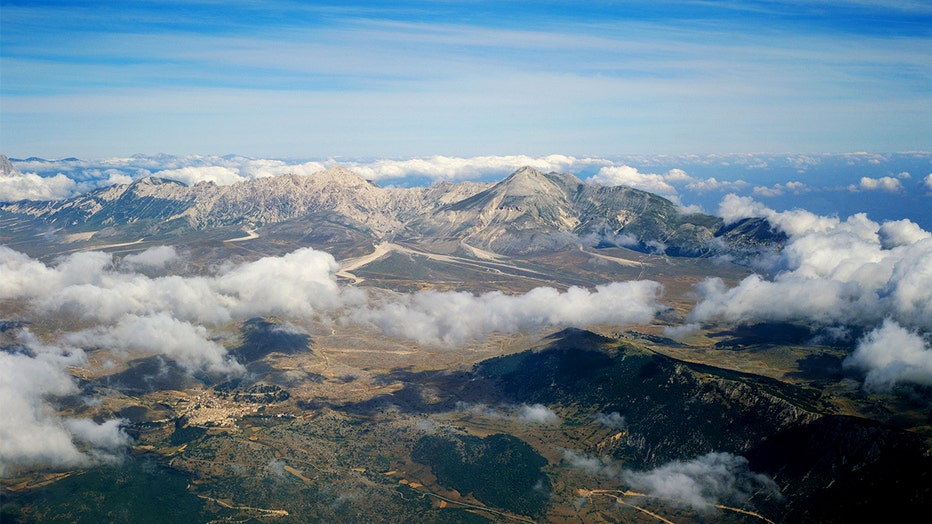 Aerial view of the Gran Sasso chain of the Apennine Mountains, Gran Sasso and Monti della Laga National Park, Abruzzo, Italy. The Apennines are a remnant of the lost continent which subducted under Europe. (DEA / PUBLIAER FOTO/Getty Images)

The research team of geologists from several different countries was led by Douwe van Hinsbergen, a professor of global tectonics and paleontology at Utrecht University, and the findings were published in in the journal Gondwana Research earlier this month.

Geologists discovered the lost continent by analyzing all the mountain ranges “from Spain to Iran” in detail for ten years, which led them to the discovery that a piece of continental crust as big as Greenland was pulled into the Earth’s mantle under Southern Europe.

The reason it had never been mapped before is because of the complicated geographical features of the region.

Plate tectonics, which explains how continents and oceans are formed by the movement of Earth’s tectonic plates, generally assumes that Earth’s various plates do not undergo internal deformation as they move along fault lines — in other words they do not buckle under their own weight. However, the Mediterranean is different, especially in Turkey.

"It is quite simply a geological mess: everything is curved, broken, and stacked," said Van Hinsbergen. "Compared to this, the Himalayas, for example, represent a rather simple system. There you can follow several large fault lines across a distance of more than 2000 km."

The research team analyzed the evolution of mountain ranges, which are formed by subduction, or the process of one plate diving beneath another.

"Most mountain chains that we investigated originated from a single continent that separated from North Africa more than 200 million years ago. The only remaining part of this continent is a strip that runs from Turin via the Adriatic Sea to the heel of the boot that forms Italy," said Van Hinsbergen.

That particular area is referred to as “Adria” by geologists, so Van Hinsbergen is calling the lost continent “Greater Adria.”

Van Hinsbergen created a visualization of the formation and destruction of Greater Adria by reconstructing the tectonic movements of the Mediterranean region for the last 240 years, which can be seen in the YouTube video below.

The reconstruction was made with advanced software that takes thousands of previously recorded data points about the Earth’s tectonic plate movements and magnetism stored in rocks (the research team had to manually input this data), and then the geologists “peeled” off the area layer by layer all the way back until the Triassic period, which created an intricate picture of the Earth’s geographical development over 240 million years.

The reconstruction isn’t just useful in teaching us about the Earth’s past — it can also help us predict what the Earth will look like in the future.

“Our research provided a large number of insights, also about volcanism and earthquakes, that we are already applying elsewhere,” said Van Hinsbergen. “You can even predict, to a certain extent, what a given area will look like in the far future.”