Teacher who recorded more than 100 students sentenced to 15 years

VALRICO, Fla. - The former Bloomingdale High School teacher who pleaded guilty to secretly recording students in various states of undress will spend 15 years in jail followed by a lifetime on the sex offender registry, according to the sentencing by a Hillsborough County judge today.

Mark Ackett was charged with 324 counts of video voyeurism and faced up to life in prison.

Prosecutors say Ackett, a former fashion design teacher and girls track coach, planted cameras and cell phones in a room that students used to change clothes. In 2018, a student discovered a cellphone that appeared to be recording video inside of a dressing area at the school.

Former teacher sentenced to 15 years for voyeurism of students

Former Bloomingdale High teacher Mark Ackett was charged with 324 counts of video voyeurism and faced up to life in prison.

Detectives say they were able to identify Ackett as the person setting the phone up to record in the room.  A search of his home and numerous electronic devices uncovered recordings of more than 100 students. 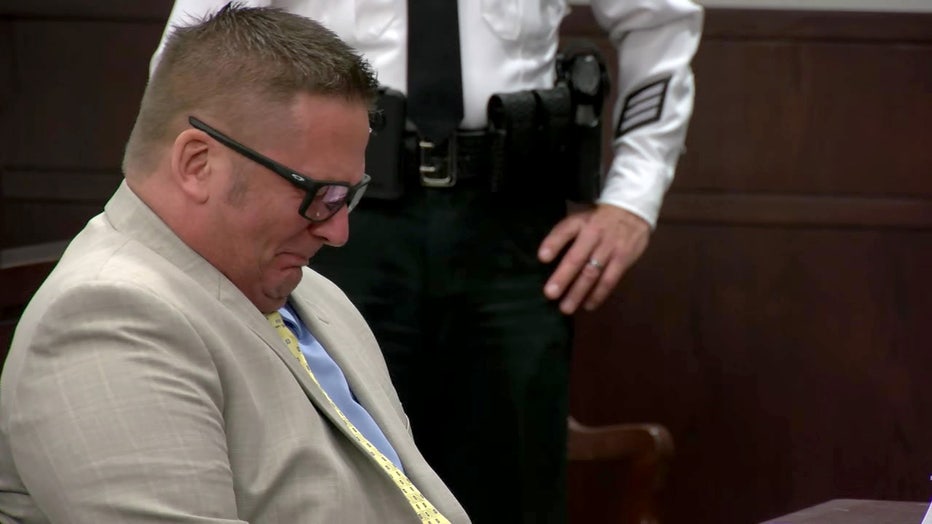 Mark Ackett holds back tears after reading a 10-minute statement to his victims.

Further charges against Ackett were later added after detectives found even more secret recordings of girls undressing inside his own home.

Ackett opted for an open plea in April, pleading guilty to voyeurism charges, waiving his right to a trial and leaving his fate in the hands of the judge.