Clemens was joined by his wife, Debbie, and their two sons, Kody and Kacy.

“Nobody should go hungry, especially this time of year. The weather’s perfect for it right now, it feels like Thanksgiving,” said Clemens.

Raquel Perez and her seven kids were one of the 1,500 families to receive the generous donation Tuesday. Perez said the price tag for warm clothes and presents for her large family during the holidays tends to rack up quickly.

“This definitely helps a lot. it helps so we can put our money into something else like heaters. Those things are expensive. 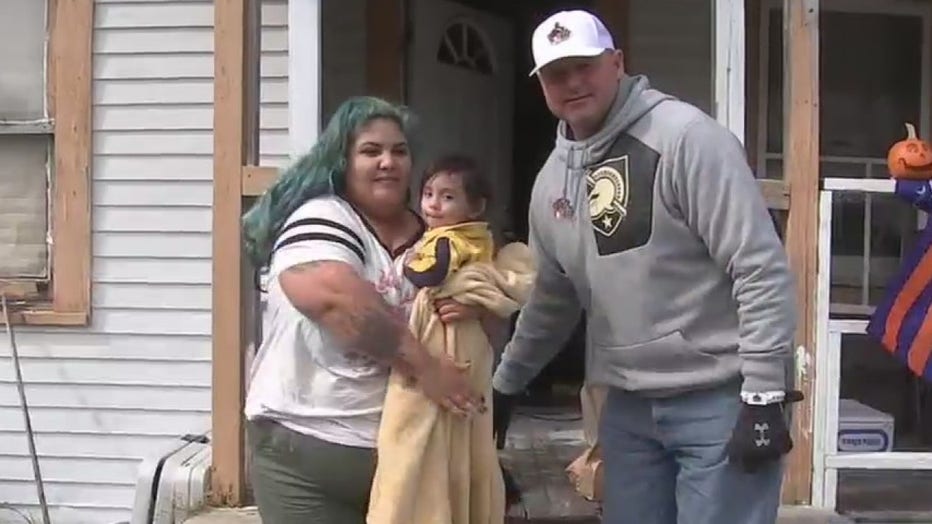 “We have two sets of twins, that’s my youngest one and the oldest are in school. Sometimes it's hard. I’m a student and my husband works so we make a little too much to get certain assistance, so this helps,” said Perez.

As a native Houstonian, Clemens said the spirit of giving back is ingrained in him.

“This is home for me, I grew up here. Our city is a great city that gives back,” Clemens said.

“These people supported me here in Houston for a long time, even when I played for the Red Sox or the Yankees, then I had the opportunity to come home and play for the hometown team and still do a little work for the guys too. But these are the people that watched me get out there and get after it when I was an Astro. And I’m just giving back to them now,” Clemens continued.

Since 2017, Palais Royal has been the presenting sponsor of the Kids Meals’ Thanksgiving Meal Program and has helped provide holiday dinners to more than 4,500 families in the Houston area.