A 23-year-old woman was set to get married this month. Now, her family is making plans to bury her.

FORT WORTH, Texas - A 23-year-old woman was set to get married this month. Now, her family is making plans to bury her.

Michelle Guevara and her 16-year-old cousin were struck by a man police say may have been driving drunk over the Labor Day weekend. She was taken off life support on Sunday.

The man arrested for causing the crash is now charged with intoxication manslaughter.

Parents Carol and Nicolas Guevara say Michelle could hardly contain her excitement about her Sept. 17 wedding.

"She had a countdown, and every morning she would make everybody aware," Carol said. "And that morning, she said ‘12 days.’ Everything was ready. Everything was paid for."

Michelle had everything ready except for her shoes.

Around 4 p.m. on Sept. 5, the bride-to-be decided to make an impromptu shopping trip with her 16-year-old cousin, Anubis Acosta.

The two were just five blocks from home on Mansfield Highway when Fort Worth police say a white pickup truck smashed into their car.

Investigators say Michelle had a green arrow and was turning left onto Wichita Street when the driver of the white pickup truck, 29-year-old Juan Manuel Lopez, ran the red light on Mansfield Highway and collided into Guevara’s car.

Police say Lopez was going 66 miles per hour in a 40 mph zone.

After suffering a broken neck and injuries to her brain and spinal cord, Michelle was on life support until she died on Sunday.

"We’re suffering," Nicolas said. "We were planning a wedding, and then this happened."

Anubis is still in the hospital after suffering a fractured ankle and pelvis.

The family says the teen has been in and out of consciousness for the last week and still doesn’t know her cousin is gone.

The family says Anubis’ mother who lives in Mexico applied for a humanitarian visa to visit her daughter but was denied at the border.

Police say Lopez admitted to them that he has smoked K-2 earlier that day. He was first arrested and charged with two counts of intoxication assault. One count is now upgraded to intoxication manslaughter. 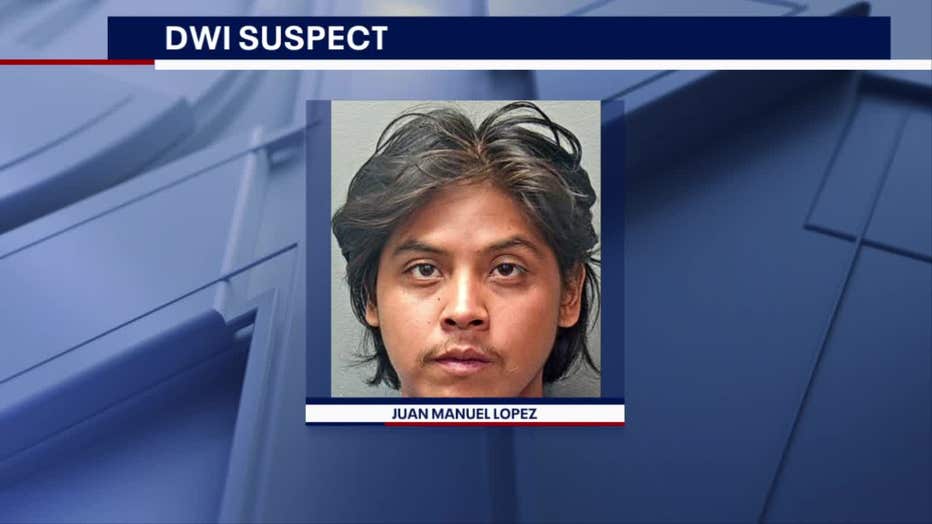 As the Guevera family focuses on remembering their oldest daughter, they have a warning for anyone tempted to get behind the wheel while under the influence.

"They should think about it," Nicolas said. "How they would feel if there was one of his family members the ones that were killed because of somebody else."