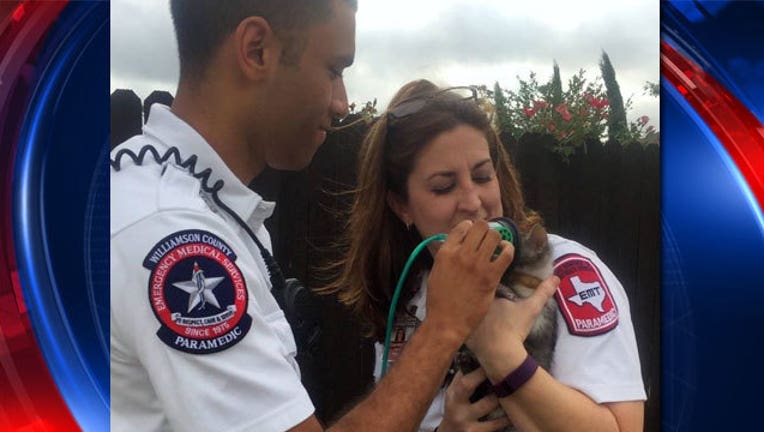 Four pets were rescued from a house fire in Round Rock on Tuesday.

According to police, around 8:56 a.m. Oct. 18, the Round Rock Fire Department was dispatched to a reported residential structure fire at 1808 Bayland St. First arriving units saw heavy smoke showing from the second floor of the residence.

While crews were conducting firefighting operations they were able to rescue two dogs and two cats from the residence. The pets were treated for smoke inhalation by Williamson County paramedics and are expected to survive.

The residence sustained approximately $50,000 in damage.

The cause of the fire is being investigated by the Round Rock Fire Marshal's Office.