HOUSTON - Melissa Lucio and her family were lost for words as they learned a Texas appeals court ordered a stay of execution on Monday.

"It’s an amazing feeling throughout everything as a family, words can't explain the feeling," said Rene Treviño, her brother. "This is our sister, this is our my oldest sister, she was my second mom."

"The stay of execution that was issued today (Monday) by the criminal appeals court is important," said Vanessa Potkin, with the Innocence Project. "We now have an opportunity to go to trial."

The court of appeals ordered a new hearing. The case will be sent back to the lower courts to decide if a new trial will be granted.

Lucio’s attorneys with The Innocence Project believe with new evidence she will be acquitted.

"The fact that since the time of her trial, science has advanced. In addition to that, the state used false testimony to obtain her conviction and withheld helpful information from her defense attorneys at trial," said Potion. 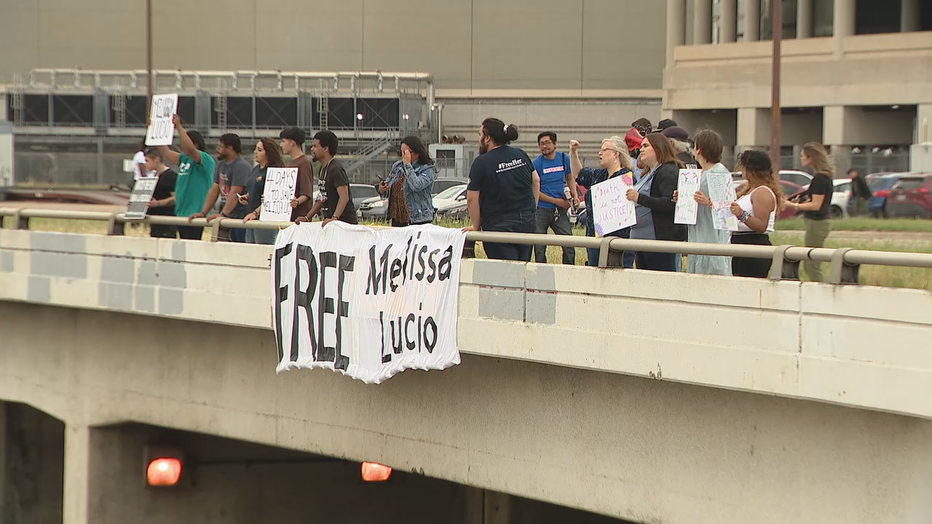 Prosecutors have maintained Lucio’s daughter, 2-year-old Mariah Alvarez, was the victim of abuse. Her lawyers say Mariah died due to injuries from a fall down a steep staircase.

Several elected officials have shown their support for Lucio and her family, corresponding with Governor Greg Abbott in hopes of getting clemency.

Breaking down the case of Melissa Lucio, the calls to stop her execution

Melissa Lucio, a Texas mother of 14, set to be executed in a couple of weeks, but calls are coming in nationwide for our governor to stop it, and the district attorney who initially argued for her death is now saying If the governor doesn't step in, then the D.A. will withdraw the request personally. So what's changed?

The Innocence Project tells FOX 26 since the hearing was granted, they will most likely let the court run its course.

"The board of pardons and parole said they will not rule on clemency, and therefore it’s not going to be in the hands of Governor Abbott," said Potion.

Lucio’s mom, who is 78 years old, spoke with FOX 26, thankful for all who believed her daughter.

"We’re all excited, and we want to thank everyone for supporting her and believing in her," said Melissa Lucio’s mother, Esperanza Treviño.