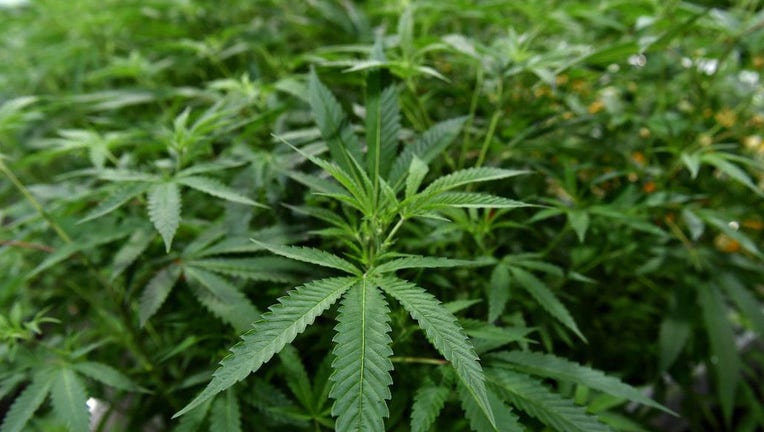 WASHINGTON - Scientists say a wide-ranging study, involving human test subjects as well as mice, has shown a link between marijuana use and a higher risk of heart disease.

Dr. Joseph Wu, MD, Ph.D., the study’s senior author and director of the Stanford Cardiovascular Institute, collaborated with 25 doctors for the multi-part study, which was released last month.

Data for the report used research from a separate U.K. study that surveyed almost 160,000 people about their use of marijuana, as well as lab tests conducted by Wu and doctors using human stem cells and mice cells, which they exposed to THC, the active component in marijuana, to test its impact on heart disease.

"We gathered the patient data from the U.K. biobank database," Wu said. "We found there were 157,331 people who completed the survey asking if they have used cannabis before. 122,455 respondents said they did not take cannabis, while around 34,878 said they took cannabis. Among those who took cannabis, there was an association of increased heart attack for those who are age 50 years old."

As part of their study, Wu and a team of doctors analyzed blood samples of 18 recreational marijuana users in the San Francisco Bay Area. "These users had blood drawn at different times after using marijuana," Wu said. "We found that 90 minutes after marijuana use, there were increased inflammatory biomarkers in their blood."

Wu added, "We also used two mice models, one with a high-fat diet with and without THC, and another with carotid artery injury with and without THC. In both mice models, we observed that THC exposure increases the progression of atherosclerosis, or plaque buildup, which can put you at risk of a heart attack. Using human stem cells and mice models, our study provides a biological mechanism and scientific premise of how THC may cause heart disease."

Warning signs of frequent marijuana use and heart disease

There are warning signs associated with frequent marijuana use that Wu believes people should be aware of to reduce their chances of heart disease.

"Habitual, frequent, and high-dose marijuana users may be at higher risk of mental health and cardiovascular health issues. In this study, we observed more inflamed blood vessels with increased use of marijuana," Wu said. "Inflamed blood vessels can lead to the buildup of more plaque in your body. More build-up of plaque in the arteries can lead to increased cardiovascular diseases."

Differences in how marijuana use may affect heart health

Several studies published through the years have evaluated the effects of marijuana use on people producing different data. Some studies suggests high levels of THC exposure from recreational marijuana use may cause a rise in blood pressure.  A study in Israel in 2021 found people aged 60 and older who used medical marijuana for three months had a reduction in blood pressure, the Associated Press reported.

A 2020 scientific statement from the American Heart Association (AHA) said observational studies have linked marijuana use to an increased risk of heart attacks, atrial fibrillation, and heart failure, but acknowledged its impact on the heart and blood vessels was not well understood due to a lack of adequate research.

In clinical studies, researchers measure and control what people are consuming. But because the federal government still classifies marijuana as a schedule 1 substance, which means it has a high potential for abuse, researchers face restrictions on the types of marijuana products they can give people who take part in these studies.

Challenges of studying marijuana’s effects on the heart and brain

Marijuana use has been studied for years, but there are still a lot of questions about how it affects heart and brain health.

Some of the factors include determining the differences in how people use marijuana, the active ingredients it contains, how often individuals use the product, and the age of the person using marijuana.

More than 48 million people in the U.S. over the age of 12 reported using marijuana in 2019, according to the Substance Abuse and Mental Health Administration is approximately 18% of the population, an increase from 11% 20 years ago.

Some studies suggest chronic, heavy recreational use of marijuana can harm cognitive function – especially if that use begins at a young age. But research shows adult medical cannabis patients may experience some cognitive benefits.

Another study published in 2018 in the Frontiers of Pharmacology journal showed people who used medical cannabis experienced improvements in executive function over time, with no deficits in verbal learning or memory.

As more states legalize recreational use of marijuana, Wu noted that the drug is not completely safe and should be used in moderation to lower your chances of cardiovascular disease.