COLLEGE STATION, Texas - A young woman from Frisco who was critically injured after being hit by a driver in College Station last weekend has died.

According to a fundraiser on Facebook, 19-year-old Carly Beatty, who was a sophomore at Texas A&M after graduating from Frisco Centennial High School in 2018, was unable to recover from her injuries, and died Sunday morning.

She had undergone multiple surgeries for broken bones and internal bleeding after being airlifted to a hospital in Houston.

Beatty’s family described her as a “kind, generous person, always ready to laugh.” They said she was active with the youth group at her church in Frisco and was a member of the Kappa Delta sorority at Texas A&M. 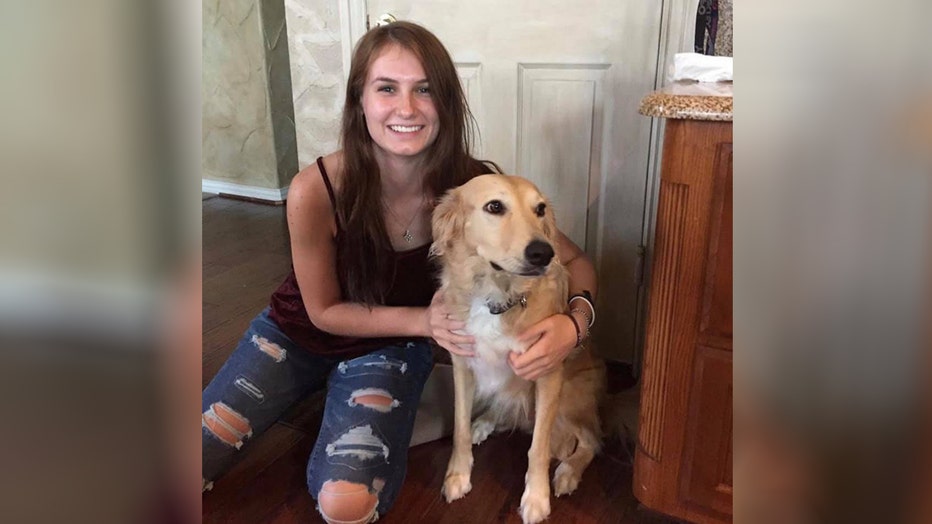 Beatty was struck by a vehicle while walking home from a friend’s house with her two roommates on September 14.

Police said the driver, identified as 17-year-old Pedro Puga, was high on drugs at the time. He reportedly swerved off the road and hit Beatty head-on.

Witnesses said he did not stop, but pulled into a parking lot, looked at the damage to his vehicle, and then drove away.

Police later saw the vehicle involved in a parking lot, and Puga reportedly tried to run away from officers.

According to the arrest report, Puga told police he doesn’t deal with “the laws.” He also told them he would have outrun them if he hadn’t taken Xanax and cocaine earlier that night.