Her son, Bob Reid, said that the costs are based on what it costs to hire care for eight hours a day for one year.

RUCHMOND, Calif. - The son of the nation's oldest full-time National Park Service ranger is raising funds to help his 98-year-old mother with care after she suffered a stroke. 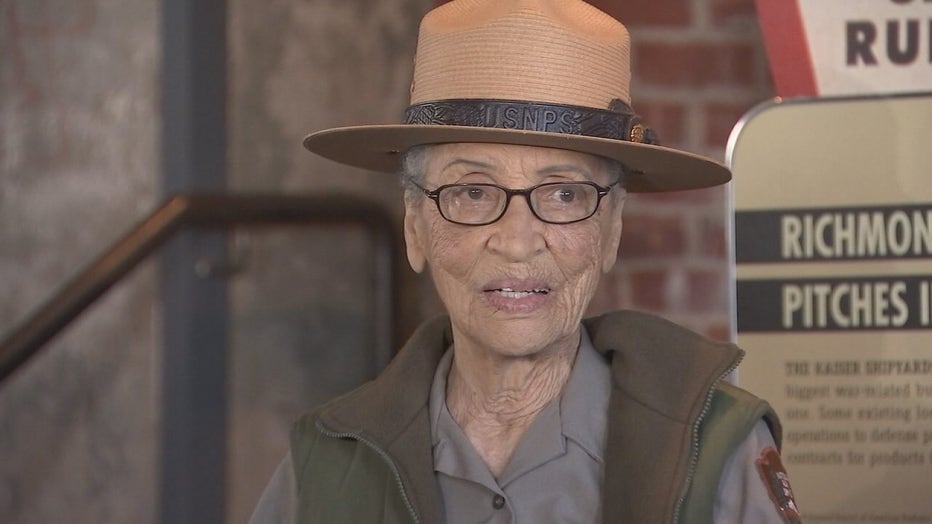 "We do not yet know what the outcome of this will be, not how long, or what direction it may take," he wrote on the fundraising page. "But we want to make sure that she has the best chance we can give her for rehabilitation."

Soskin is a local and national treasure. She is well-known for her educational talks about race and social change at the Rosie the Riveter Museum, where she tells visitors her own experience as a young black woman working at a segregated union hall in Richmond. During World War II, Soskin worked as a clerk for the all-black Boilermakers A-36. In the true sense of the word, she was never a "Rosie," because that title is typically held for female wartime shipyard workers who were white.

Soskin used her age and status to make her voice be heard in 2013 when she publicly urged Congress to get its act together and end the forced federal furloughs. She said she didn’t want to waste any time sitting around at home at her age. Two years later, she was invited to light the national Christmas tree and meet President Barack Obama.

The following year, she was brutally attacked by an intruder at her home in Richmond. In addition to stealing Soskin’s iPhone, iPad, laptop and jewelry, the thief also took Soskin’s presidential coin - the one Obama gave her at the tree lighting -- which was later replaced by U.S. Secretary of the Interior Sally Jewell.

Most recently, Soskin released a memoir, "Sign My Name to Freedom," and is the focus of an upcoming documentary.

"Betty has touched the lives of so many people though her work with the National Park Service and will continue to do so, whatever the outcome of her current condition," her son wrote.