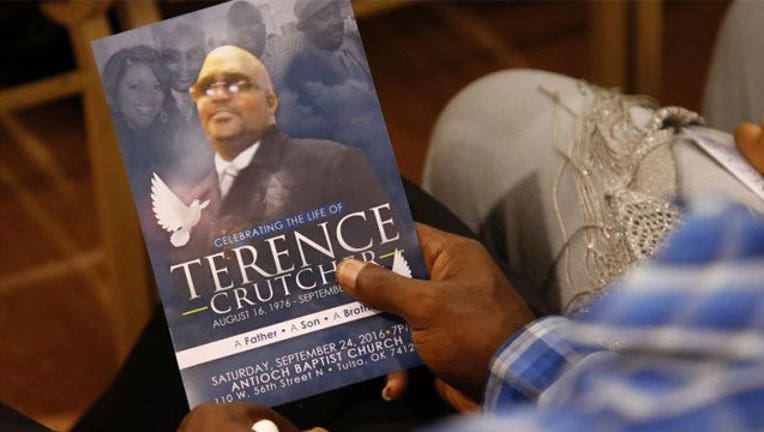 TULSA, Okla. (AP) — Hundreds of mourners packed a church for a funeral honoring an unarmed black man who was fatally shot by a white Tulsa, Oklahoma, police officer.

Shelby has been charged with first degree manslaughter and turned herself in Friday. She was released after posting bond.

Crutcher's fatal shooting was captured on video taken from a police helicopter and a dashboard camera. The killing prompted several rallies and protests throughout the city in the past week, all of them peaceful.

One of the speakers at the funeral was Crutcher family attorney Damario Solomon-Simmons. He told that crowd that "it could have been me," before reciting the names of black residents who died after police encounters nationwide in recent years.

"Too many young people have died in this community, way too many," the mayor told attendees. "We must stand up and say no more."

"I say that this was the shot that was heard around the world," Armstrong said.