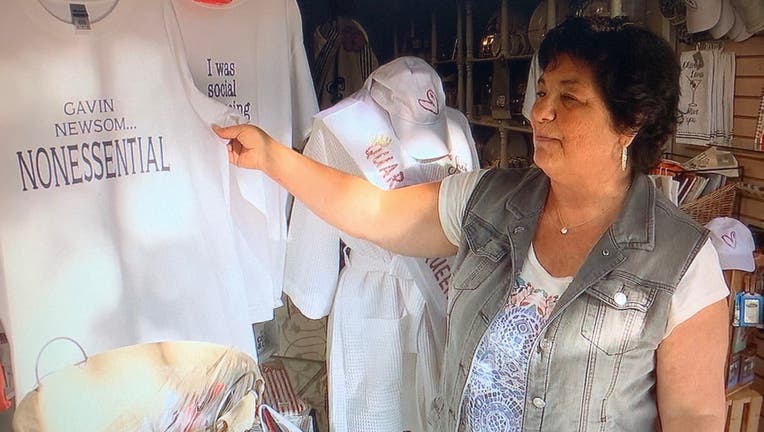 Owner Mary Guercio of Out of Envelope gift shop in Los Gatos.

On Monday, Governor Gavin Newsom hinted in-store retail may be loosened the first week of June. The owner of Out of Envelope gift shop in Los Gatos is not waiting until then.

LOS GATOS, Calif. - On Monday, Governor Gavin Newsom hinted in-store retail may be loosened the first week of June. The owner of Out of Envelope gift shop in Los Gatos is not waiting until then. Owner Mary Guercio opened her doors to the public earlier this month. Customers can now browse and shop inside.

“I know Gavin Newsom wanted us to flatten the curve, I can't flatten my income,” said Guercio. “I was fed up before but now I’m really fed up.” 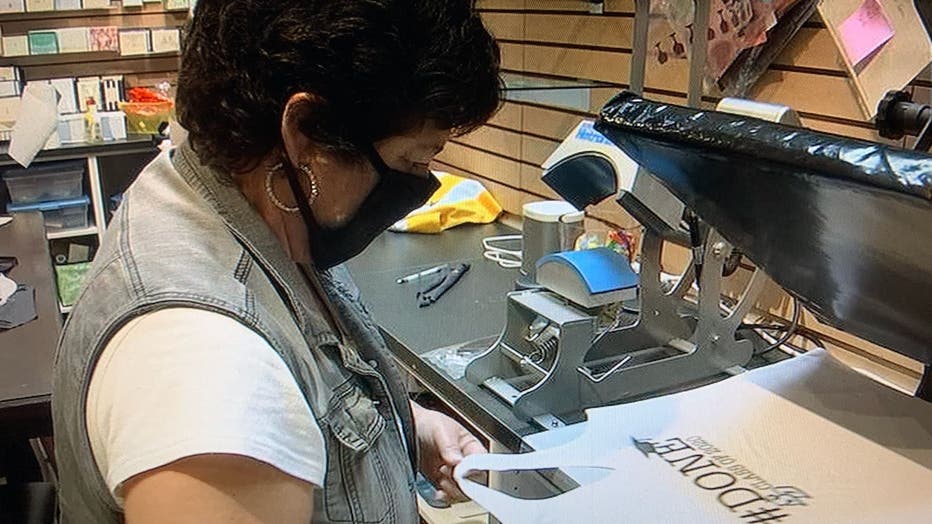 Owner Mary Guercio of Out of Envelope gift shop in Los Gatos.

The store closed in March. With sales down 98% and no assistance from the government, Guercio took matters into her own hands.

Inside the store, everyone must wear a mask, a limit of three customers inside at one time and shoppers are asked to stay six feet apart.

“We understand what to do, how to do it and I don't think we need government to tell us how to do this,” said Guercio.

“We have a population that is susceptible to COVID-19 and we don't have a vaccine and that's one of the reasons why we've been proceeding very slowly,” said Santa Clara County Public Health Officer Dr. Sara Cody.

“I think they are just making decisions based on what they want and not what we need,” said Guercio.

Since reopening, the store has gone from creating wedding invitations to selling yard signs for graduations and making t-shirts. One of the store’s best seller is a shirt that reads, “Gavin Newsom…Nonessential.” The shirt was made in fun, but to make a point.

“He summarily said decided after eight weeks we were not essential,” said Guercio. “I’m essential and I matter and I do matter.”

Her decision has raised eyebrows.

“I’m a little confused because everyone else is not open,” said Whitney Fairburn of Los Gatos. “I would feel a little uncomfortable going into the store.”

“As a small business owner, you need to do what you need to do to stay afloat you can tell they are doing everything safely,” said Shopper Elizabeth Tritch of San Jose.

For those who question Guercio’s decision, she said everyone is entitled to their opinion and she feels strongly about hers.

“In my heart of hearts, I feel like I’m doing the right thing,” said Guercio.

So far, Guercio said she’s received a positive response. She’s not too worried she’ll get cited or fined. She’s spoken to other business owners who also want to reopen but are playing by the rules right now.