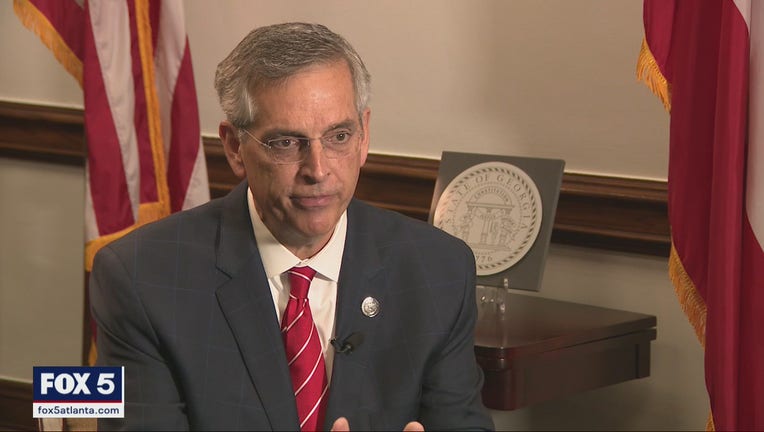 ATLANTA - Georgia Secretary of State Brad Raffensperger is in quarantine after his wife tested positive for COVID-19.

Tricia Raffensperger tested positive Thursday, Deputy Secretary of State Jordan Fuchs told The Associated Press. Brad Raffensperger was en route to get tested and plans to self-quarantine as a precaution even if his test is negative, Fuchs said.

On Friday, a spokesperson with the Secretary of State's office confirmed that Raffensperger's test came back negative. However, Raffensperger will continue to quarantine for another 10 days.

Raffensperger on announced that Georgia would conduct a by-hand recount of the 2020 presidential election results.

President-elect Joe Biden currently leads President Trump by 14,000 votes in the Peach State. However, the margin is so tight that it requires a recount.

The Secretary of State's Office has said there’s no evidence of systemic problems with the voting or the count.

Raffensperger was scheduled to hold a news conference at 2 p.m. Thursday.