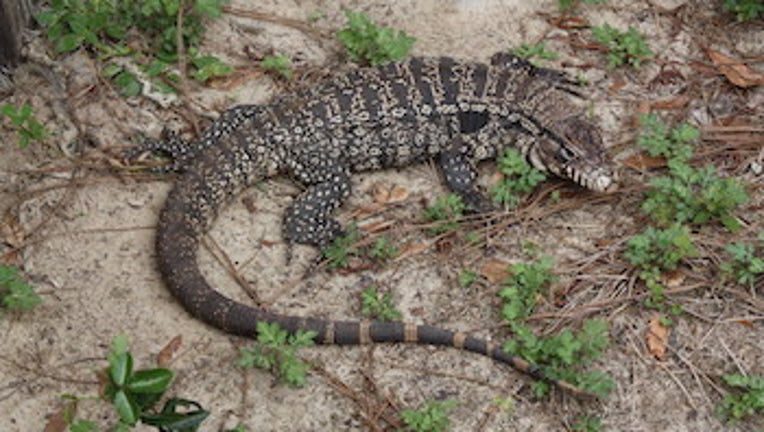 ATLANTA - It's the largest lizard of its species and it is now calling Georgia home, which has widlife officials concerned.

The Argentine black and white tegus is posing a real threat to Georgia wildlife. According to the Department of Natural Resources, the lizard has established itself in Toombs and Tattnall counties in southeast Georgia as an invasive species.

Tegus, which can grow up to 4 feet long and weigh 10 pounds or more, is native to South America. DNR officials say the lizards were already an invasive species in south Florida.

While the lizards are legal as pets in Georgia, it is illegal to release them into the wild.

"Tegus are not native to our state and have been known to eat native species including the eggs of alligators and threatened wildlife, such as hatchling gopher tortoises," according to the Georgia Wilde Life Resources Division website. "Adult tegus have few predators and can multiply quickly. Females reach reproductive age at about 12 inches long or after their second season of brumation. They can lay about 35 eggs a year."

Tegus will eat the eggs of ground-nesting birds—including quail and turkeys—and other reptiles, such as American alligators and gopher tortoises, both protected species. They will also eat chicken eggs, fruit, vegetables, plants, pet food, carrion and small live animals, from grasshoppers to young gopher tortoises.

Black to dark gray with white speckled bands across the back and tail, these reptiles can weigh 10 pounds or more and live 20 years, according to the DNR Wildlife Resource Division. Hatchlings have bright green on their heads, a coloration that fades at about one month-old.

In Georgia, tegus might be confused with native reptiles such as juvenile alligators (which are protected) and broadhead skinks, according to wildlfe experts. 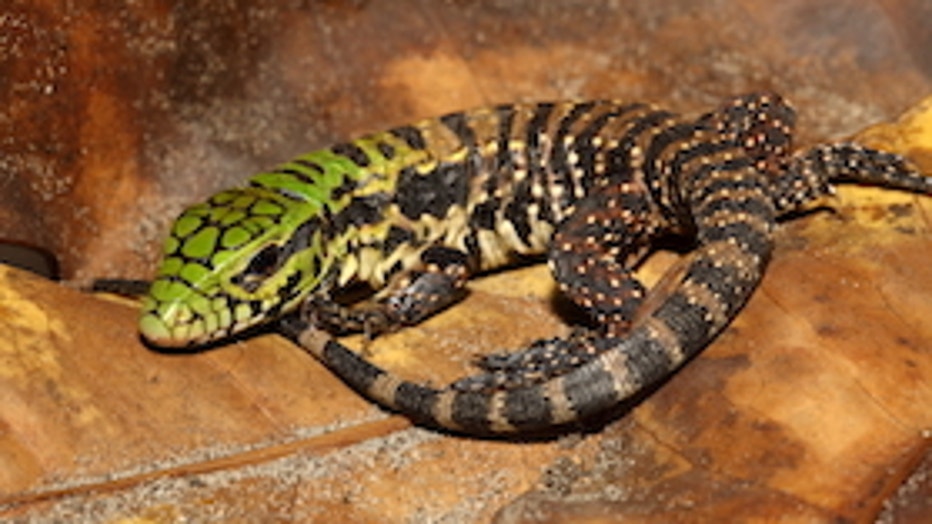 They are asking anyone who sees this lizard, alive or dead, to report it to officials. The DNR asks that you note the location, take a photo if possible and report the sighting: