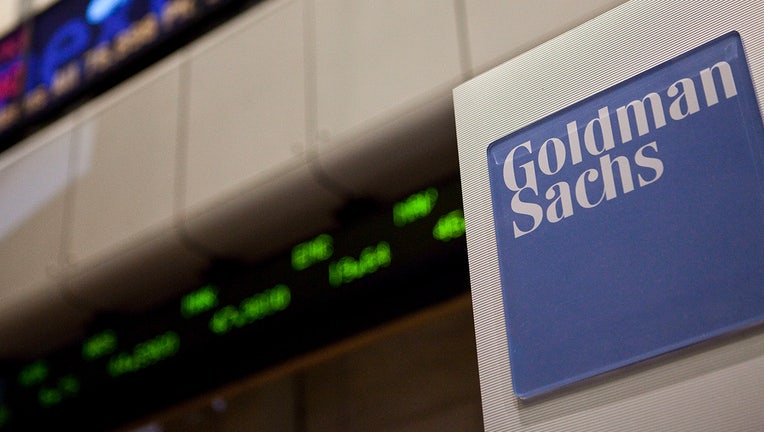 A Goldman Sachs logo is displayed on the floor of the New York Stock Exchange in New York City, on Wednesday, August 11, 2010. The Dow lost over 265.42 closing at 10378.83 points on poor economic reports. (Photo by Ramin Talaie/Corbis via Getty Image

The firm wrote to clients earlier this month that it predicts four U.S. cities will suffer the most catastrophic dips, drawing comparisons to the 2008 housing crash.

These declines would be similar to those witnessed during the Great Recession in 2008. Home prices across the U.S. fell around 27% at the time, according to the S&P CoreLogic Case-Shiller index.

How high interest rates are impacting the housing market

The feds announced another aggressive rate hike — the third consecutive increase of three-quarters of a percentage point and the sixth rate hike this year alone. Lawrence Yun, chief economist with the National Association of Realtors, discusses its impact on the housing market.

"Our 2023 revised forecast primarily reflects our view that interest rates will remain at elevated levels longer than currently priced in, with 10-year Treasury yields peaking in 2023 Q3," Goldman Sachs strategists wrote, according to the New York Post. "As a result, we are raising our forecast for the 30-year fixed mortgage rate to 6.5% for year-end 2023 (representing a 30 bp increase from our prior expectation)."

"This [national] decline should be small enough as to avoid broad mortgage credit stress, with a sharp increase in foreclosures nationwide seeming unlikely," Goldman Sachs wrote. "That said, overheated housing markets in the Southwest and Pacific coast, such as San Jose MSA, Austin MSA, Phoenix MSA, and San Diego MSA will likely grapple with peak-to-trough declines of over 25%, presenting localized risk of higher delinquencies for mortgages originated in 2022 or late 2021."

The bank says these cities will suffer the lowest prices this year because they became too detached from fundamentals during the COVID-19 pandemic housing boom.

"Assuming the economy remains on the path to a soft landing, avoiding a recession, and the 30-year fixed mortgage rate falls back to 6.15% by year-end 2024, home price growth will likely shift from depreciation to below-trend appreciation in 2024," Goldman Sachs wrote.

The average 30-year fixed mortgage rate was at 7.37% at its peak in November.

Get more updates on this story at FOXBusiness.com.