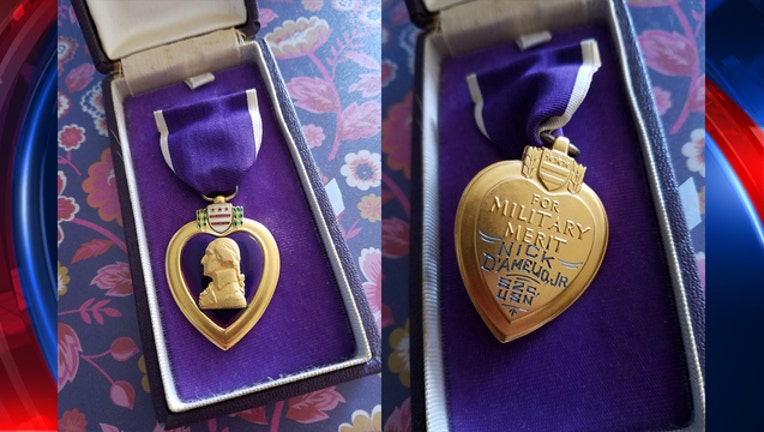 TUCSON, Arizona - Officials with Goodwill of Southern Arizona are looking for the family of a Purple Heart recipient after one was donated to a store in Tucson.

In a tweet made to the organization's unverified Twitter page Monday, officials say the medal was donated in mid-June to a Goodwill location on Houghton and Golf Links Road, which is located on the eastern part of Tucson.

In photos posted by Goodwill officials, the back of the medal has a carving with the name "Nick D'Amelio, Jr.", which was carved under the words "For Military Merit". According to reports by Tucson television KOLD-TV, Nick D’Amelio, Jr. enlisted in the Navy and served in World War II, but never made it home to California to receive the medal, as he was considered lost at sea on September 6, 1943.

According to the Army Human Resources Command, the Purple Heart Medal is awarded to members of the Armed Forces who were wounded, killed, or died from wounds in actions against an enemy of the United States.

Anyone with information should contact Goodwill of Southern Arizona by calling (520) 623-5174, extension 7039.