23-year-old Trevor Rainbolt shows FOX TV Stations his process for how he wows the internet with his ability to accurately guess specific locations on Google maps in seconds, usually only being a few miles off.

Google has to delete search results about people in Europe if they can prove that the information is clearly wrong, the European Union's top court said Thursday.

The European Court of Justice ruled that search engines must "dereference information" if the person making the request can demonstrate that the material is "manifestly inaccurate."

People in Europe have the right to ask Google and other search engines to delete links to outdated or embarrassing information about themselves, even if it is true, under a principle known as "right to be forgotten."

Strict data protection rules in the 27-nation bloc give people the right to control what appears when their name is searched online, but the regulations frequently pit data privacy concerns against the public’s right to know.

Google said it welcomed the decision.

"Since 2014, we’ve worked hard to implement the right to be forgotten in Europe, and to strike a sensible balance between people’s rights of access to information and privacy," the company said in a statement.

The case stems from a complaint filed in Germany's highest court by two managers at a group of investment companies who asked Google to remove search results based on their names that linked to articles criticizing the group’s investment model. 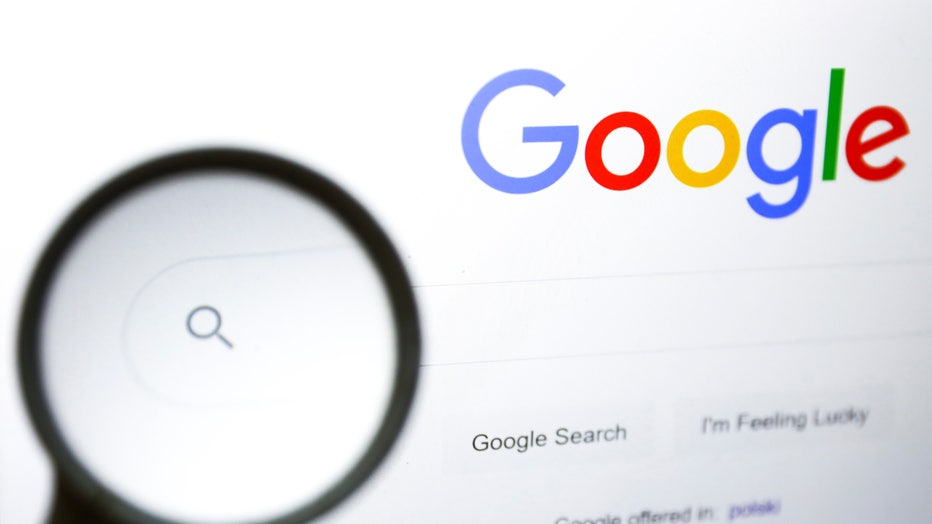 A magnifying glass is photographed with Google logo displayed on a laptop screen for illustration photo. Gliwice, Poland on January 23, 2022. (Photo by Beata Zawrzel/NurPhoto via Getty Images)

They said the articles made false claims. Neither the managers nor the company were identified.

The pair also asked Google to remove thumbnail photos of them that came up in image searches without any context.

Google refused because it didn't know whether the articles were accurate or not, according to a press summary of the ruling.

The court disagreed, saying that if someone submits relevant and sufficient evidence proving the "manifest inaccuracy" of the information, the search engine must grant the request.

The judges said the right to freedom of expression and information can't be taken into account if "at the very least, a part — which is not of minor importance — of the information" turns out to be wrong.

To avoid making it too hard to get false results removed, the ruling said a court decision isn't needed and that people can "provide only evidence that can reasonably be required."

Google said the links and thumbnails in question in this particular case aren't available through web and image search anymore. "The content at issue has been offline for a long time," it said.

Search engines wouldn't have to investigate the facts of each case to determine whether content is accurate, the court said, because it could amount to extra work that companies would be able get around by proactively removing results.

"This will hopefully push Google and similar Big Tech firms to invest in a sufficiently trained and well-employed workforce capable of handling such requests, instead of outsourcing crucial content curation work to underpaid workers or an unaccountable algorithm," said Jan Penfrat, senior policy advisor at digital rights group EDRi.

RELATED: Google will pay $118 million to women who say they were not paid equally to men

In a previous ruling, the court sided with Google in deciding that the "right to be forgotten" doesn't apply outside the 27-nation EU. France’s privacy regulator had wanted the rule applied to all of Google’s search engines, even those outside Europe.

Google has deleted 5.25 million weblinks since it started handling "right to be forgotten" requests in 2014, or nearly half of all requests processed, according to the company’s latest transparency report.

When Google receives a takedown request, it doesn’t remove the links from all web searches, just when a person’s name is typed in. It will still show up when other search terms are used.