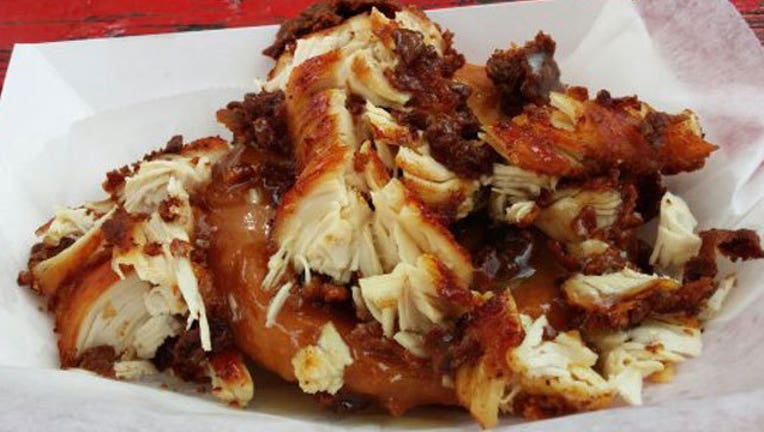 Picture of the Mother Clucker from Gourdough's which comes with a fried chicken strip and honey butter.

Wide Open Country has unveiled its top 10 list of the Best Texas Donut Shops and several Central Texas places made the cut!

Donut 911 in Kyle was number five and The Original Donut Shop in San Antonio came in at number eight.