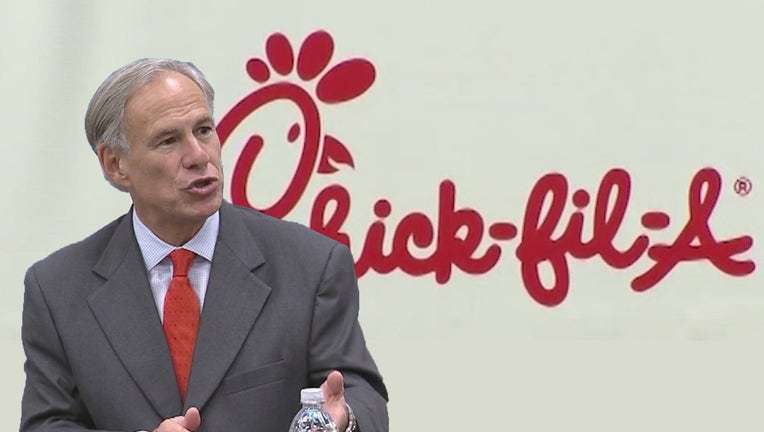 On Monday, Chick-fil-A decided to stop donations to Salvation Army and Fellowship of Christian Athletes. Chick-fil-A has been targeted in the past by LGBTQ groups over the donations.

Governor Greg Abbott didn't seem very pleased with the update, retweeting an article about the decision with a caption supporting a San Antonio based barbecue restaurant: "I'm headed to Bill Miller's tonight." 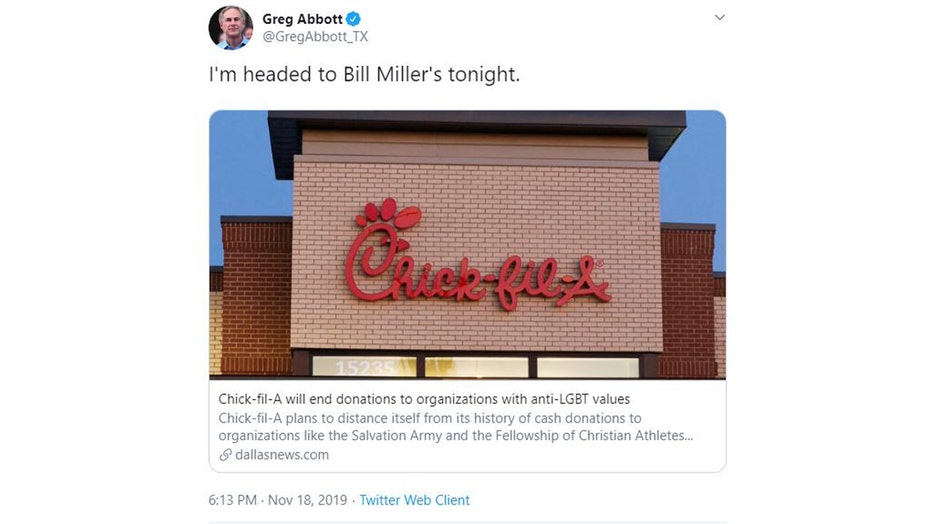 "Additionally, the Foundation will no longer make multiyear commitments and will reassess its philanthropic partnerships annually to allow maximum impact. These partners could include faith-based and non-faith-based charities," according to a web statement on Monday.

Governor Abbott signed the "Save Chick-fil-A" bill into law earlier this year, which sparked debate since San Antonio excluded the popular chicken restaurant from opening locations at two local international airports due to its "legacy of anti-LGBTQ behavior" in reference to its public statements and donations to groups opposing same-sex unions.