Abbott’s plans, introduced just about a month before November’s general election, would criminalize rioting activities in the state.

If the proposal makes its way through the legislative process, anyone who causes injury or destroys property during a riot could face felony charges that lead to jail time.

Striking a law enforcement officer during a riot including with things like bricks or bottles could lead to a mandatory minimum jail sentence of at least six months.

Abbott’s proposals would also punish people who use lasers to target officers, use fireworks during protests or who block hospital entrances or exits.

He also would make it a felony for someone to help fund or organization a riot. The attorney general would be given the power to pursue civil penalties against those people. 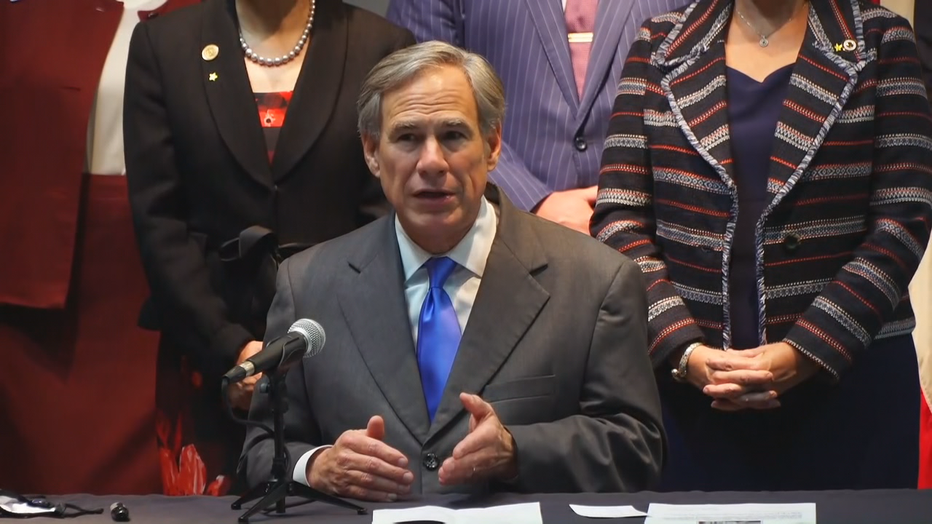 “This will prevent the mockery of the revolving door arrests that we saw in Dallas during the riots that occurred earlier this year,” Abbott said.

The comment seemed to be in reference to the more than 600 people who were detained on the Margaret Hunt Hill Bridge during a protest in June. However, they were released without ever being arrested and did not face charges.

In a statement, Dallas County District Attorney John Creuzot said in the absence of specific language, he had no comment on that specific proposal or any of the others.

Abbott chose the Dallas Police Association office as the venue to announce the six legislative proposals.

“Part of what we're laying out are new laws others impose greater penalties,” Abbott said.

The news conference comes about a month after the governor traveled to Fort Worth where he introduced the idea of freezing the property tax revenue of any city that defunds its police department.

It was also just hours after the Dallas City Council's vote to cut DPD'S overtime budget by $7 million. The money will be repurposed for other public safety matters, but police officials and Abbott criticized the council for their action.

Abbott also urged Texans and candidates for public office to sign a “Back the Blue” pledge. That pledge has more than 90,000 signatures, he said.

Donovan was critical of the governor's proposals.

“He doesn't seem to be concerned about police brutality. He doesn't address that and a majority of Americans believe police brutality problems should be addressed,” Donovan said. “It seems that as long as Donald Trump has been in office, the Republicans are no longer interested in local control now that they have a majority of the Texas Legislature. They want to boss all the cities around instead of working with us.”