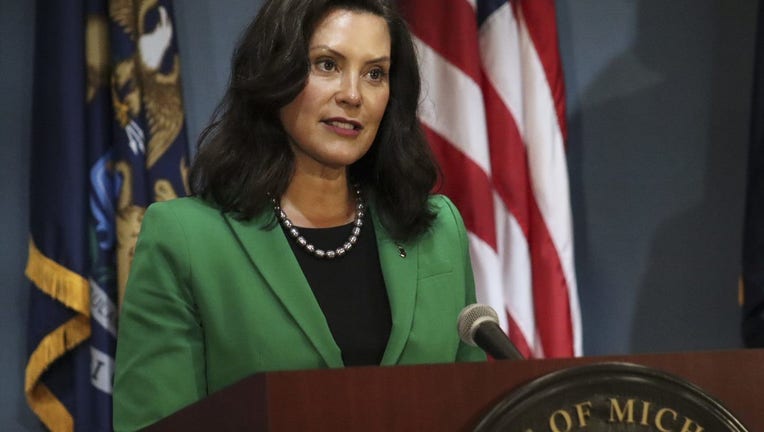 (FOX 2) - Michigan Gov. Gretchen Whitmer is asking for clarification from the Michigan Supreme Court about its ruling against her emergency powers, saying that up to 830,000 Michiganders could lose unemployment benefits if the ruling went into effect immediately.

On Friday, the Michigan Supreme Court issued a ruling that many of Governor Gretchen Whitmer's emergency orders regarding COVID-19 safety are not legal. The stunning ruling said she illegally drew authority from a 1945 law that doesn't apply. One aspect the court pointed out was the redeclaring states of emergency in what has been a string of orders from Whitmer. The state of emergency is meant to last 28 days.

"The Governor does not possess the authority to exercise emergency powers under the Emergency Powers of the Governor Act of 1945 (the EPGA), MCL 10.31 et  seq., because that act is an unlawful delegation of legislative power to the executive branch in violation of the Michigan Constitution. Accordingly, the executive orders issued by the Governor in response to the COVID-19 pandemic now lack any basis under Michigan law."

Spelled out, the ruling says Gov. Whitmer did not have the authority after April 30 to issue or renew any executive orders related to the virus. She's made 180 of them since then.

Now, Gov. Whitmer is asking that the court clarifies that their October 2 ruling does not take effect until Friday, October 30. Gov. Whitmer says if the ruling went into effect immediately, up to 830,000 Michigan workers and their families could lose crucial unemployment benefits

“We need this transition period to protect the 830,000 Michigan workers and families who are depending on unemployment benefits to pay their bills and put food on the table, and to protect Michiganders everywhere who are counting on their leaders to protect them,” she said in a news release.

The ruling means the Republican-controlled Michigan House and Senate will have a say in COVID-19 orders.

“The Supreme Court has spoken, and while I vehemently disagree with their ruling, I’m ready to work across the aisle with Republicans in the legislature where we can find common ground to slow the spread of the virus and rebuild our economy. It’s time for Republicans in the Legislature to get to work and start showing that they are taking this crisis seriously," Gov. Whitmer continued. "They can start by canceling their October recess and getting back to work. Let’s work together and get this done.”

Michigan Reps. James Sheppard and Lee Chatfield talk with FOX 2 about the confusion many have now that the Michigan Supreme Court has ruled against Gov. Whiter's powers, and their willingness to more forward working together.

Gov. Whitmer said many critical measures meant to prevent the spread of the COVID-19 virus would also immediately lapse of the ruling went into effect immediately.

Other local health departments could follow suit with similar restrictions.