"If anyone is alone today and feeling lonely, you are invited to my Thanksgiving dinner," Jessica Kantrowitz wrote on Twitter. "I made lemon & rosemary turkey. Tell me your hair & eye color & what you’re bringing, & I’ll draw you in."

An unlikely Thanksgiving tradition is set to continue for the sixth year in a row that began with a grandmother’s mistaken text message to a stranger.

The story began in 2016, when Wanda Dench, of Mesa, Arizona, accidentally sent a text to Jamal Hinton, of Phoenix, thinking he was her grandson and inviting him to Thanksgiving dinner. Her real grandson had changed his phone number, so the text went to Hinton instead.

After some initial confusion, the two sent selfies to each other and realized the mix-up. But when Hinton, then 17, asked if he could still come for Thanksgiving dinner, Dench replied: "Of course you can. That’s what grandma’s do ... feed every one."

And so began the pair’s friendship. Each year, Hinton posts a photo of himself and Dench, now 64, celebrating Thanksgiving together. On Sunday, the now 22-year-old confirmed that they are "all set for year 6," along with a screenshot of a text message from Dench inviting him and his family for dinner once again.

In 2019, during the pair’s fourth Thanksgiving celebration, Dench explained that she grew up in a military family and often had many guests outside of their family over for the holidays.

"My dad is Navy, so we would invite vets over that we didn't know either for Thanksgiving," Dench said. "I saw (Hinton's) picture, and even though I invited him, I did not think for a second that he'd want to come to my house after seeing my picture!"

Last year, the two shared a holiday meal for the fifth time following the loss of Dench’s husband, Lonnie, to COVID-19. The couple had been married for more than 40 years, and Lonnie died in March of 2020.

"It’s going to be different, my first Thanksgiving without him," Dench told the New York Times in November of 2020. "My husband was always right behind me, telling me how proud he was of Jamal and me for what we’ve done."

Due to the risks of the pandemic, the two decided to celebrate the 2020 holiday a week early and also had a smaller celebration than usual. But they put a photo of Lonnie on the table to keep their "family" whole. 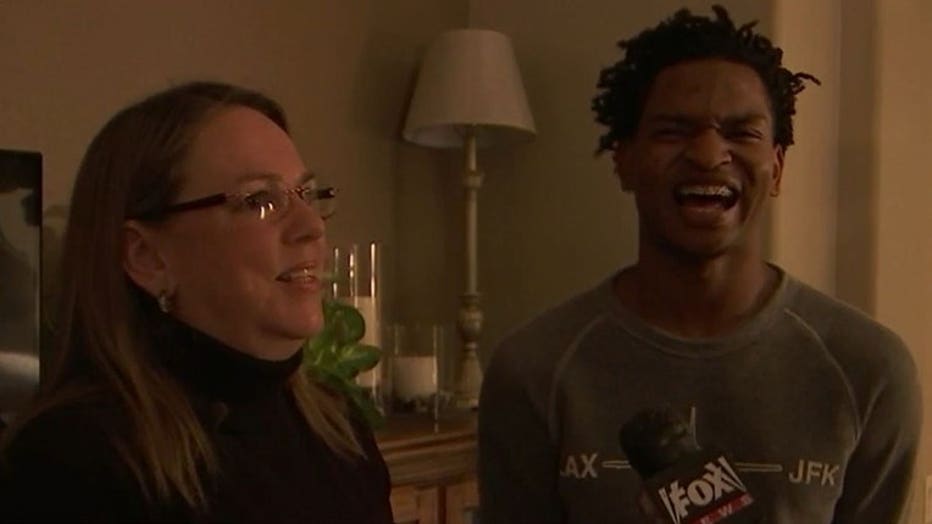 "After meeting her the first time I just knew, she’s another person, age is really just a number," Hinton has said of Dench, according to The New York Times. "It doesn’t matter, you can be friends with anybody, you can be family with anybody."