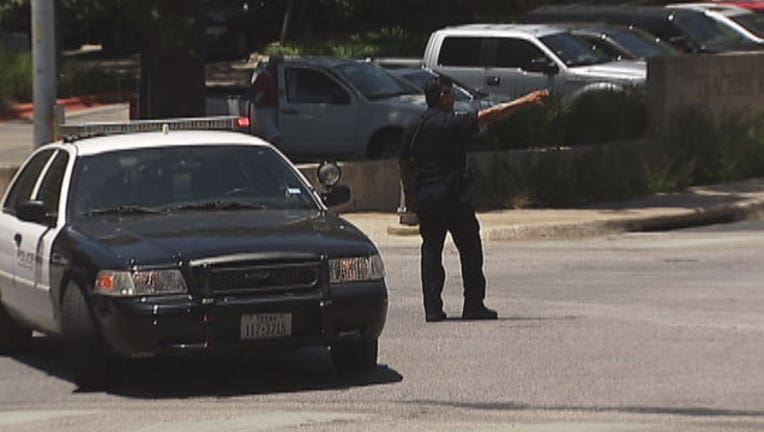 Police are dealing with a big problem in Austin, people being hit and killed by cars. Four deaths within the last seven days. So who's at fault?
Austin Police say in most cases, the pedestrian is to blame. They just walk right into traffic.

Just a few steps could turn into a deadly situation. Austin Police say it's happening all too often. Auto versus pedestrian fatalities have gone up by more than 100-percent since last year.

"Most of your pedestrians are just, to be honest, walking right out into traffic. They are either too intoxicated to figure where they're going or what they're doing. We do have cases where people are just not paying attention in general," says Sgt. Jeff Slater, vehicular homicide unit, Austin Police Dept.

The increase in population doesn't help either. Police say more people are unfamiliar with our roadways. That's the case for Kirby Jasper.

"I've been paying a lot more attention lately and kind of concerned about my own practices being new to town. I know there was a pedestrian, a hit and run on 11th. This kind of stuff happens so I need to be more aware," says Kirby Jasper, pedestrian.

There's been two more auto-pedestrian crashes in the last 24-hours.  One of them being fatal. Officers say a tanker truck was headed 290 East near Anderson Lane late Monday night. The driver swerved to avoid hitting a woman crossing the road, but he wasn't fast enough. The woman in her 30's died at the scene. The driver sustained serious injuries after hitting a large pillar.

"For the most part, a lot of times the driver couldn't avoid that happening. We don't know whether distraction caused them not to be able to avoid it or not. If you're hopping out in front of a car, you're going to be at fault and you're going to lose that battle," says Sgt. Slater.

The other crash happened Tuesday afternoon. A woman was hit by a car near 11th and Red River. She had non-life threatening injuries. Within the last seven days, there have been four pedestrians struck and killed. So, is there a solution to this growing problem? Police say drivers need to change their mindset.

"Slow down, pay attention to the surroundings. By putting down the phone, you'll see people that are driving that look up occasionally to see where they're driving. They should be looking up at all times," says Sgt. Slater.

Officers say most incidents occur between 6 p.m. and 6 a.m.