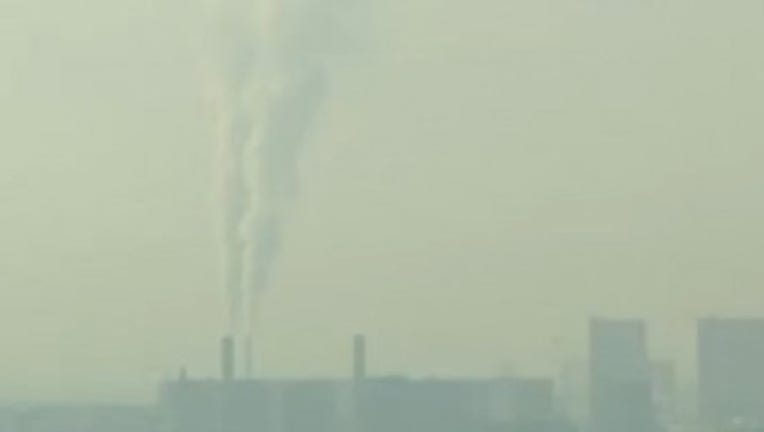 WASHINGTON (AP) - Does he or doesn't he? Believe in climate change, that is.

You'd think that would be an easy enough question the day after President Donald Trump announced he was pulling the U.S. out of the landmark global accord aimed at combatting global warming.

But don't bother asking at the White House.

"I have not had an opportunity to have that discussion" with the president, responded press secretary Sean Spicer on Friday.

"You should ask him that," offered White House counselor Kellyanne Conway.

The president also ignored it during an unrelated bill-signing.

But his U.N. ambassador, Nikki Haley, answered the question in a new way this weekend.

"President Trump believes the climate is changing," she said on CNN's "State of the Union." ''And he believes pollutants are part of that equation. So that is the fact."

If so, it's quite a reversal for Trump, who spent years publicly bashing the idea of global warming as a "hoax" and "total con job" in books, interviews and tweets. He openly challenged the scientific consensus that the climate is changing and man-made carbon emissions are largely to blame.

"Global warming is an expensive hoax!" he tweeted in 2014.

But Trump has been largely silent on the issue since his election last fall. On Thursday, he made scarce mention of it in his lengthy remarks announcing America's exit from the Paris accord. Instead, he framed his decision as based on economics.

Here's what he's said before:

The president's twitter feed once was filled with references to "so-called" global warming being a "total con job" based on "faulty science and manipulated data."

An Associated Press search of his twitter archives revealed at least 90 instances in which he has referred to "global warming" and "climate change" since 2011. In nearly every instance, he expressed skepticism or mockery.

"This very expensive GLOBAL WARMING bulls--- has got to stop," he wrote in January 2014, spelling out the vulgarity.

Often the president has pointed to cold weather as evidence the climate scientists are wrong.

"It's 46 (really cold) and snowing in New York on Memorial Day - tell the so-called "scientists" that we want global warming right now!" he wrote in May 2013 - one of several instances in which he said that warming would be welcome.

"Where the hell is global warming when you need it?" he asked in January 2015.

The same message was echoed in the president's books.

In "Great Again: How to Fix Our Crippled America," Trump made a reference to "the mistaken belief that global climate change is being caused by carbon emissions."

"If you don't buy that - and I don't - then what we have is really just an expensive way of making the tree-huggers feel good about themselves," he wrote.

"I'm not a believer in man-made global warming," Trump told conservative radio host Hugh Hewitt in September 2015, after launching his bid for the White House. He bemoaned the fact that the U.S. was investing money and doing things "to solve a problem that I don't think in any major fashion exists."

By March 2016, the president appeared to allow that the climate was changing - but continued to doubt humans were to blame.

In an interview with The New York Times in November, after the election, Trump was asked repeatedly whether he intended to leave the Paris accord and appeared to have a new open-mindedness.

"I'm looking at it very closely," Trump told the newspaper. "I have an open mind to it. We're going to look very carefully."

He went on to say that he thought "there is some connectivity" between human activity and the changing climate, but that, "It depends on how much."

Asked about the comment several days later, Trump's now-chief of staff Reince Priebus told Fox News that Trump "has his default position, which is that most of it is a bunch of bunk."

"But he'll have an open mind and listen to people," he said.