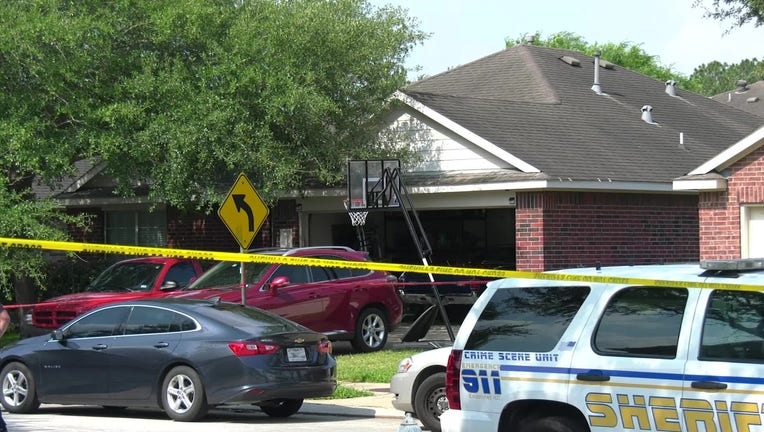 A man called 911 and reported that he had stabbed his wife at a home near Katy on Friday morning, the sheriff’s office says.

Deputies responded to the home in the 3200 block of Painted Meadow Circle and found a woman, later identified as Leslie Ann Pierce, 39, dead. Harris County Sheriff's Office has confirmed she was an employee of Katy ISD.

According to investigators, Benjamin Pierce, 37, stabbed his wife and then called a family member. Authorities say the family member came over, and then they called 911 to report what happened.

A 7-year-old child was also at the home but was not injured. The child was released to a family member.

The sheriff’s office says two men were detained and were being questioned, and later learned the couple had an argument about divorce and who would take custody of the child.

The Sheriff confirmed Saturday morning Mr. Pierce appeared unresponsive in his holding cell. He was rushed to an area hospital, where he was pronounced dead.

There do not appear to be any apparent signs of trauma, Sheriff Gonzalez noted, nor were there any signs of foul play. However, per policy, a jail-based Death in Custody investigation will be conducted by the Houston Police Department.