BUDA, Texas - A man has been arrested for murder after the Hays County Sheriff's Office says he shot and killed his father inside a Buda home.

Damien Montague Roberts, 42, has been charged with first-degree murder and third-degree attempted escape from custody while confined. He is awaiting magistration, says HCSO. 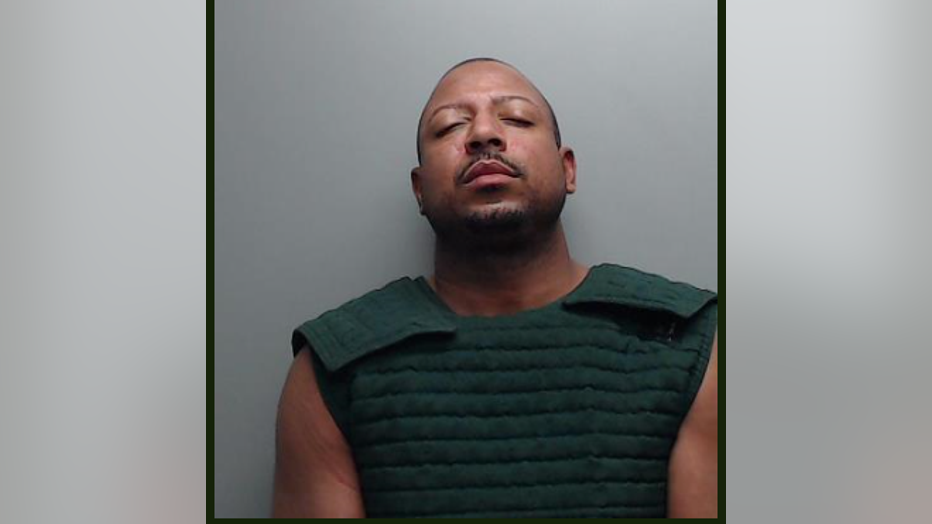 Deputies were called to a family violence disturbance call around 4:15 p.m. Nov. 21 at a home in the 200 block of Shale Circle in Buda. When they arrived, they found a man dead in the living room, says HCSO.

Witnesses told deputies that the victim, identified as 65-year-old Darrell Thierry, had had an argument with Roberts, his son, as both were visiting from out of town. During the argument, Roberts struck Thierry unconscious, then went to a bedroom and retrieved a handgun. He then returned to the living room and shot Thierry multiple times, says HCSO.

Deputies found and detained Roberts at the home, but after he was already in custody, Roberts attempted to escape by trying to push through deputies and flee from custody, according to HCSO. After a brief struggle, deputies secured him and put him in the patrol unit to transport him to the Hays County Jail.

Anyone with information on this case is asked to contact the Hays County Sheriff's Office at 512-393-7896 and speak with the Criminal Investigations Division.