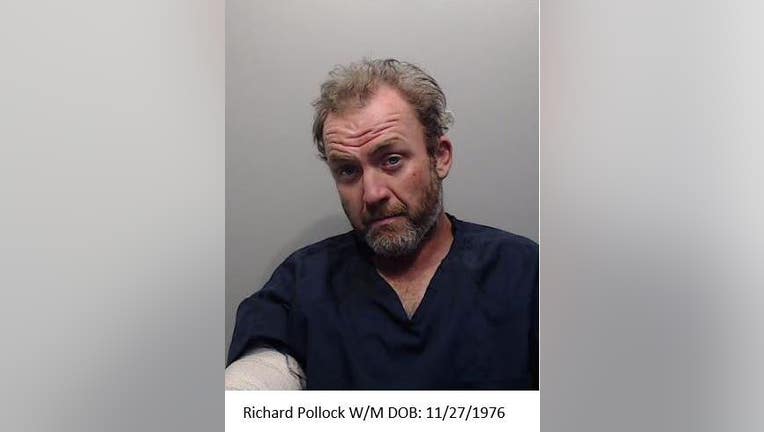 BUDA, Texas - A suspect has been arrested and charged after he fled from deputies during a traffic stop and later pulled a handgun when his vehicle was stopped.

Richard Pollock, 44, has been charged with aggravated assault with a deadly weapon, evading arrest or detention with a motor vehicle, and unlawfully carrying a weapon. Bonds for the three charges total $115,000.00.

According to the Hays County Sheriff's Office, a deputy observed a vehicle traveling north on I-35, near the 210 mile-marker, at a high rate of speed around 10 pm on Monday, October 19. The vehicle was reportedly weaving recklessly in and out of traffic.

The deputy attempted to make a traffic stop on Pollock, who failed to pull over and began fleeing from the deputy. A pursuit was initiated by the deputy, who was later aided by other deputies and police officers with the Buda Police Department. Together, they were able to disable the vehicle on South Loop 4 near Interstate Drive, according to the Hays County Sheriff's Office.

Once the vehicle was stopped, Pollock displayed a handgun.

Officers fired upon Pollock, striking him. He was transported and treated at an area hospital. Pollock was discharged from the hospital on Tuesday and is in custody at the Hays County Jail.