It has been nearly 20 years since Heidi Klum and Tim Gunn first collaborated on a fashion design competition. Their search for the next great global fashion brand continues with the third season of "Making the Cut" on Prime Video, which is now streaming in its entirety.

Los Angeles provides the base this season as COVID protocols were still in place during shooting.

WATCH FREE ON TUBI: "Gown and Out in Beverly Hills"

"Making the Cut" welcomes 10 designers from around the world, each hoping to take their emerging brand to the next level — and the talent on display this season lives up to Klum’s description. While they can’t travel across the globe as they did in a pre-pandemic first season, Los Angeles and the surrounding area provide plenty of Hollywood-ready, jaw-dropping locations for the runway shows.

Tinseltown has played an intrinsic role in American fashion, and "Making the Cut" utilizes legendary Rodeo Drive in Beverly Hills, the stunning Vasquez Rocks desert landscape and the roof of a downtown LA skyscraper as a backdrop. 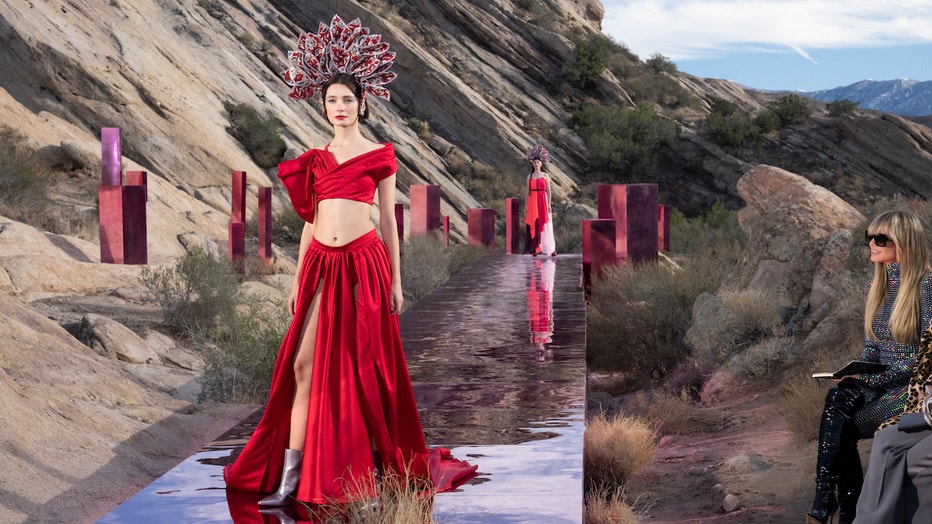 Nicole Richie and Jeremy Scott return to offer insights and critiques, and guest judges this season include stylist to the stars Jason Bolden and pop sensations Chloe x Halle. Sometimes the drama occurs in the judging room, which Klum and Gunn discussed with FOX Television Studios — read on for more.

The stakes are high for this season’s designers: Prizes include a whopping $1 million to invest in their business, plus mentorship — and the opportunity to create an exclusive co-brand — with Amazon Fashion. Also, each episode’s victor will see their winning look (and additional color and companion pieces) available in Amazon’s "Making the Cut" store. Fans have the opportunity to wear their favorites as soon as the episode debuts.

"Before, you couldn't, and that's what makes it so special for all of us. It's finally a full circle," says Klum about the fashion design competition journey she has been on with Gunn.

"It was very important to us that finally, customers can buy the clothes they see and fall in love with because it's great for everyone," explains Klum. "It's great as a customer to be able to buy something, but how amazing is it for the designers to now start a real business? It's not just about that one look." 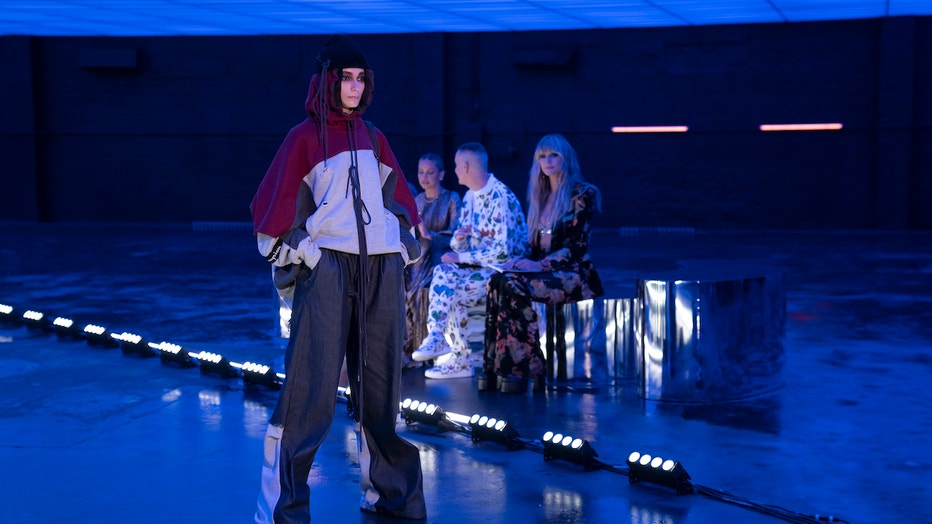 Each competing designer gets to showcase their unique vision as part of the weekly challenges that take on different sartorial aspects and flex their skills. Whether evening or active wear, the designers must conceive and make two ensembles representing their brand and showcasing their aesthetic. One is an accessible look that could end up in the "Making the Cut" online store; the other is a high-fashion runway. "You actually can start a real business. So I feel like we get to help people along the way, and it feels great all the way around," adds Klum.

WATCH FREE ON TUBI: "Most Expensivest with 2 Chainz"

"Making the Cut": Judging gets heated in season 3 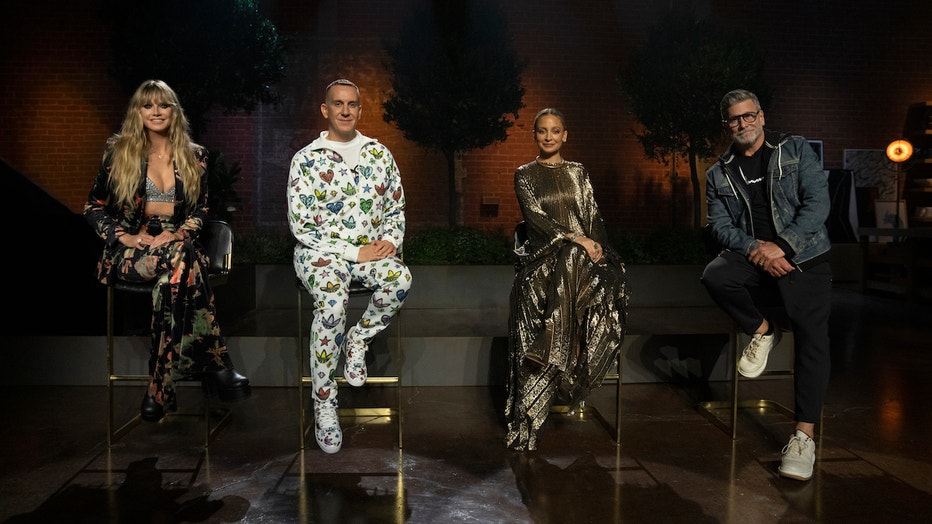 With so much at stake, it is not unusual to witness tears of joy or despair during the weekly judging panel. A designer can go from winning a challenge to being at the bottom of the pack the following episode. Emotions run high, and it isn’t only the contestants that get caught up in the jubilant or heartbreaking moments. As the mentor, Gunn is with the designers throughout the process, offering Tim Talks during the challenge and standing alongside them as their looks head down the runway.

"I have to discipline myself to not shout out, and I have enough experience now to be able to do that for the most part," Gunn says about sitting in the room during the judges’ comments.

One moment during the third season tested Gunn, which is teased in the trailer. "You are very aware of Jeremy Scott's temper tantrum, and I will say I left my mentor seat next to the designers and went into the production room and said, 'Is anyone going to stop this?'" Gunn recalls. "Because it was going on and on and on and on and on." While this is the only time this season that Gunn did intercept in this manner, he also acknowledges that "there was a good reason for it," meaning Scott’s comments.

"It gets heated sometimes," adds Klum about the judging panels. "He [Scott] cares for the designers, and I think he just didn't understand why someone would throw away such a big, big opportunity." The episode in question features a runway at one of the most stunning "Making the Cut" locations, and you will have to tune in to find out more. "In a way, for me, it shows that he cares, and he wants them to do better next time. We all show this in different ways," Klum also says about this moment. 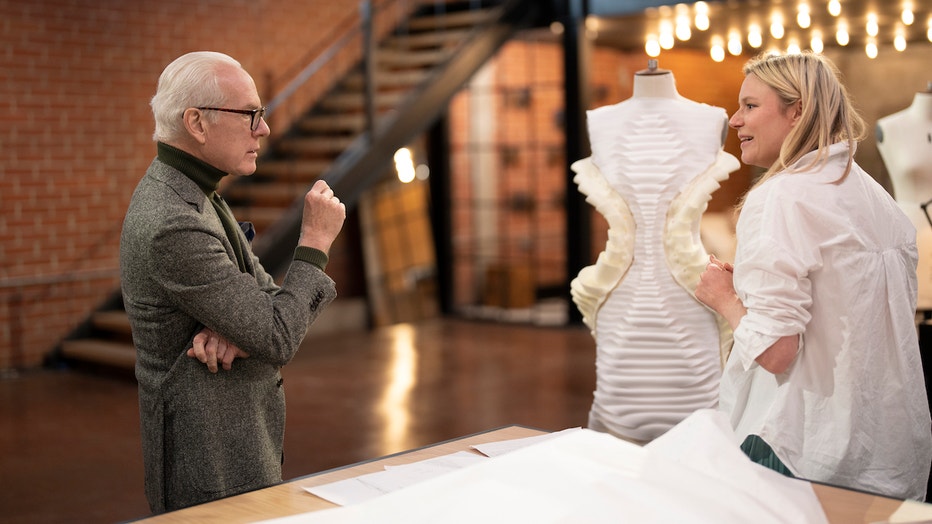 "Making the Cut": The secret to a long-lasting TV marriage

One relationship that continues to thrive is that between Klum and Gunn, who first collaborated on the first season of "Project Runway" in 2004. What is the secret to keeping a TV marriage alive and kicking? "We're loving the same thing. We love fashion. We have an enormous amount of respect for each other," Klum says.

This partnership and their output changed how audiences view the fashion industry, giving insight into the work that goes into designing and making clothing. "We started this fashion journey together. Before that, people didn't really know or see how clothes were made," she adds. From doing 16 seasons of "Project Runway" to their third "Making the Cut" outing, the duo is the face of fashion design competition television. "It's a roller coaster ride of emotions, and you had never seen anything like that before. We started this together and learn so much along the way," Klum notes. "I feel like we got better over the years."

About the writer: Emma Fraser is a freelance culture writer with a focus on TV, movies and costume design. She has contributed to Elle, The Daily Beast, IGN, Vulture, The Cut, Thrillist, Little White Lies and more. Follow her on Twitter and Instagram: @frazbelina.

Watch next: "Diana: Life in Fashion," streaming free on Tubi

Diana: Life in Fashion (2022): This short-and-sweet documentary looks at the life of one of the most famous and beloved women of modern history through the lens of her iconic fashion choices, from the "black sheep jumper" to her famous "revenge dress." Rated TV-G. 53 minutes. Dir: Finlay Bald.

"Diana: Life in Fashion" is streaming free on Tubi — get the app

How to watch "Making the Cut"

The third season of "Making the Cut" premiered in August 2022 and is currently streaming in its entirety via Prime Video. Amazon Prime membership costs $139 per year or $14.99 per month; standalone Prime Video membership is available for $8.99 after a 30-day free trial.