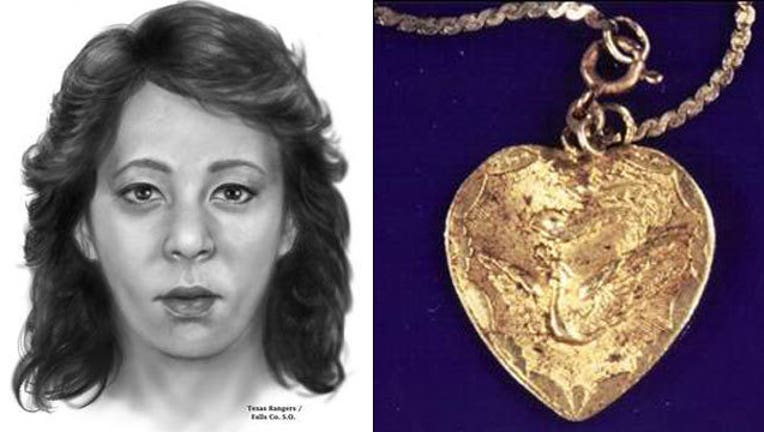 The Texas Department of Public Safety is asking the public for help in identifying a woman whose remains were discovered in 2000. Investigators believed, based on multiple forensic analyses, that she died in the mid-1980’s to early 1990’s. Foul play is suspected.

Officials say that fishermen found a skull at the edge of a pond on County Road 451about five miles from I-35 in Falls County just south of Waco on April 9, 2000. Additional remains were found with clothing and other person items.

A DPS Texas Rangers forensic artist was able to develop a facial reconstruction from the skull. The above image represents the victim’s probable appearance in the mid-1980s. The victim is believed to be of Hispanic and/or Asian descent, age 25 – 45, and between 4 feet 7 inches and 5 feet 3 inches tall.

A DNA profile has been developed from the bones recovered; however no matches have been made to any known missing person case. It is possible this woman was never officially reported missing.

Among the items found with the remains was a gold pendant, featuring a fire-breathing dragon on one side and a bird on the other side. According to research done by investigators, the images on the necklace may be a depiction of the dragon and phoenix myth, common in Asian culture.

For more information related to this case or to see additional photos of items found with the remains you can head to the DPS website here.

DPS encourages anyone with a missing relative from any time period to submit a familial reference sample of DNA by contacting the agency that investigated the disappearance. The process is simple and free, usually consisting of a simple cheek-swabbing, but must be done via a law enforcement agency.