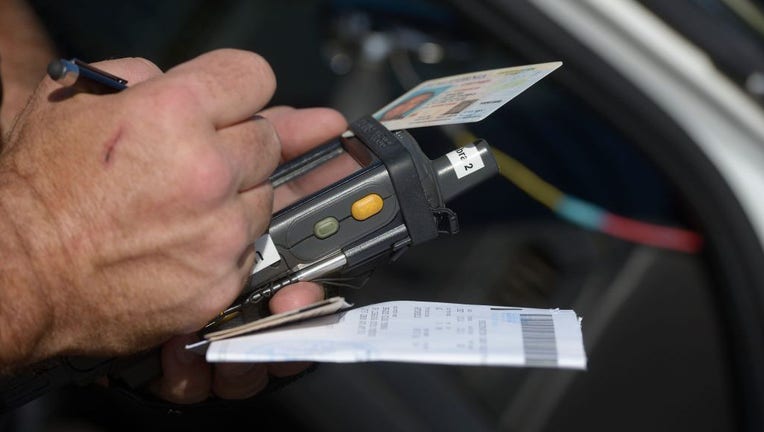 Drivers across the U.S. sometimes ignore the speed limit, but a new analysis suggests that people in some states may have more of a lead foot than others.

The data report, shared by scientists at insight company Insurify, examined over 4.6 million car insurance applications and identified the top 10 states with the most speeding tickets in 2022.

Nationwide, 9.18% of drivers were found to have a speeding ticket on record in 2022, while 35 per 10,000 drivers have a failure to yield to another driver or pedestrian violation on record. The median maximum posted speed limit for urban interstates in the U.S. is 65 mph, according to the report.

Ohio ranked as the top state with 14.95% of drivers having a prior speeding ticket on record, the report said. Furthermore, the state’s failure to yield infraction rate was 61.2 per 10,000 drivers, which is 75% higher than the national average, the report added.

Insurify’s 2022 data also found that drivers in the Northeast have accrued speeding violations at below-average rates. Massachusetts, Maine, Rhode Island, and New Jersey all ranked among the 10 states with the fewest speeding tickets.

Connecticut was found to have the least speeding-prone drivers in the country, with only 4.74% of the state’s motorists reporting a prior speeding infraction on record.

Insurify, which also offers a platform to compare insurance quotes, said that when applicants apply for car insurance, they must disclose their state of residence and driving history — including any speeding tickets accrued in the past seven years.

Top 10 states with highest percentage of drivers cited for speeding

Interestingly, Insurify also noted how reported traffic deaths have increased over the past couple of years during the pandemic — echoing findings released earlier this year by the National Highway Traffic Safety Administration.

Its 2020 annual traffic crash data shows that 38,824 lives were lost in traffic crashes nationwide during the first year of the pandemic, marking the highest number of fatalities since 2007.

In 45% of fatal crashes, the NHTSA said drivers of passenger vehicles were either speeding, impaired by alcohol, or not wearing a seat belt. The agency will launch its Click It or Ticket campaign this month to encourage and enforce wearing seat belts on the road.

Additionally, the agency’s crash data showed that deaths from speeding-related crashes were found to have increased by 17% in 2020, as compared to 2019.

"The rising fatalities on our roadways are a national crisis; we cannot and must not accept these deaths as inevitable," U.S. Transportation Secretary Pete Buttigieg said in a statement on March 2.

What drives someone to speed on the road?

"Traffic congestion is one of the most frequently mentioned contributing factors to aggressive driving, such as speeding," the agency says. "Drivers may respond by using aggressive driving behaviors, including speeding, changing lanes frequently, or becoming angry at anyone who they believe impedes their progress."

Other factors include a driver "running late" to work, school, or some type of appointment, or the idea of anonymity.

"A motor vehicle insulates the driver from the world. Shielded from the outside environment, a driver can develop a sense of detachment, as if an observer of their surroundings, rather than a participant," the NHTSA explains. "This can lead to some people feeling less constrained in their behavior when they cannot be seen by others and/or when it is unlikely that they will ever again see those who witness their behavior."

Speeding and aggressive behavior can not only endanger the life of the speeder, but also other drivers, pedestrians, and bicyclists on the road.

The NHTSA suggests that if a driver is in the left lane and another vehicle wants to pass, move over and let them by.

Furthermore, speeding is tied to aggressive driving — so concerned drivers should adjust their own driving accordingly.

"If a speeding driver is tailgating you or trying to engage you in risky driving, use judgment to safely steer your vehicle out of the way," the agency says.

Concerned drivers should call the police if they believe a driver is following or harassing them.