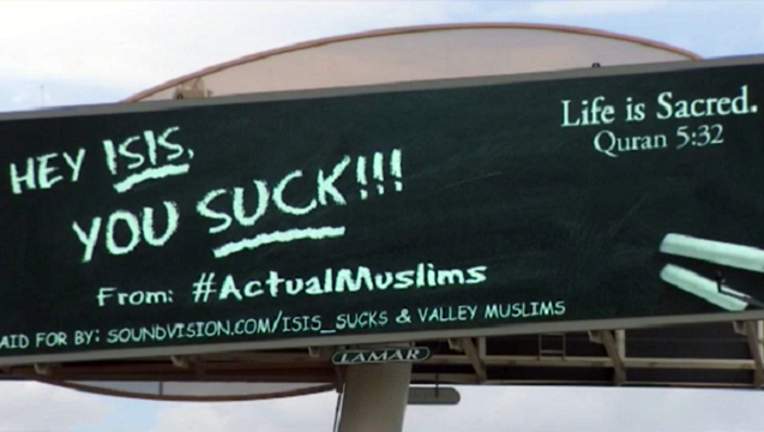 A billboard in Phoenix proclaims "Hey, ISIS, you suck!!!" signed by "#ActualMuslims." Similar signs have been posted in Chicago, Miami, and St. Louis.

MIAMI - A new billboard in South Florida has created quite a buzz. The message proclaims that ISIS "sucks" and is signed from "#ActualMuslims" in big purple font on a black background.

The sign is located along Interstate 75 near Miami Lakes.

The billboard also touts a verse from the Quran stating "Life is sacred."

Similar billboards have been put up in Chicago, St. Louis, and Phoenix.