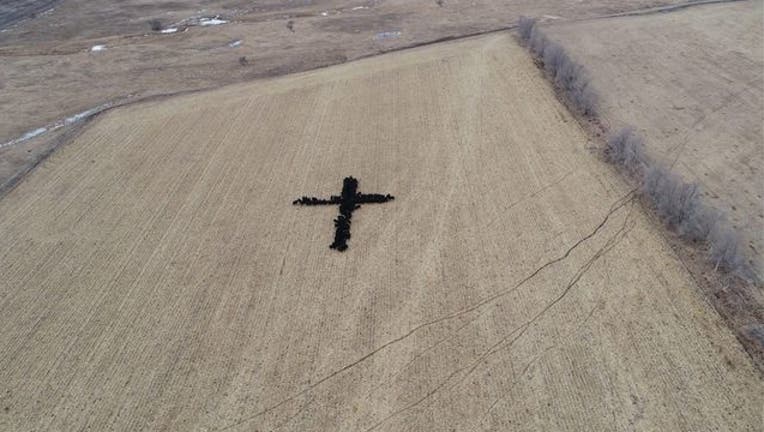 Farmer Gene Hanson took a picture of his neighbor's cows forming the shape of a cross. (Gene Hanson)

But this time instead of using his plow, he used his neighbor's cows -- approximately 150 of his young black Angus cattle -- who live across the road from his farm in Edgeley.

"It's the Christmas season," Hanson told Fox News, "and I thought that would be really nice if he put the feed down in a sign of the cross and he did."

The retired great-grandfather wanted to form the cross to remind people of "the birth of Jesus" as the reason for the season.