Police are still looking for one of the suspects involved in the attempted robbery of a pawnshop. He ran away after backing a truck into a pawnshop. The other suspect was shot and killed by a pawnshop employee.

HOUSTON - Houston police are investigating a fatal shooting at First Class Jewelry and Loan in the 3800 block of Richmond Ave.

Police say a suspect tried to rob the pawnshop and was shot by a store employee.

The robbery suspects getaway driver tried to drive away after the shooting, but accidentally drove put the car in reverse and drove the truck into the business.

The suspect who backed the truck into the pawnshop fled the scene and is still at large. 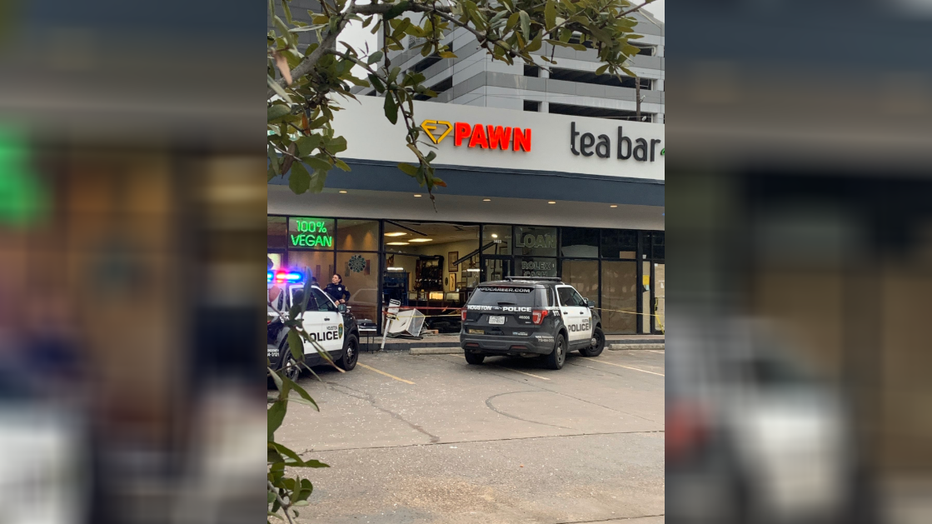