A community building is currently under construction in downtown Houston, and while it's being built by the city's Ismaili Muslim residents, it will be a place where everyone is welcome.

HOUSTON - A community building is currently under construction in downtown Houston, and while the city's Ismaili Muslim residents are building it, it will be a place where everyone is welcome.

According to a press release, the center is being constructed along Allen Parkway across from Buffalo Bayou Park and will be the first in the United States. However, it will join several international centers in London, Lisbon, Dubai, Dushanbe, Vancouver, and Toronto.

RELATED: Houston mosque, church partner with nonprofit to give 10,000 meals to those experiencing homelessness

During a special luncheon held Thursday by the city's Ismaili community, hundreds of dignitaries and local leaders came out to discuss the center's progress. 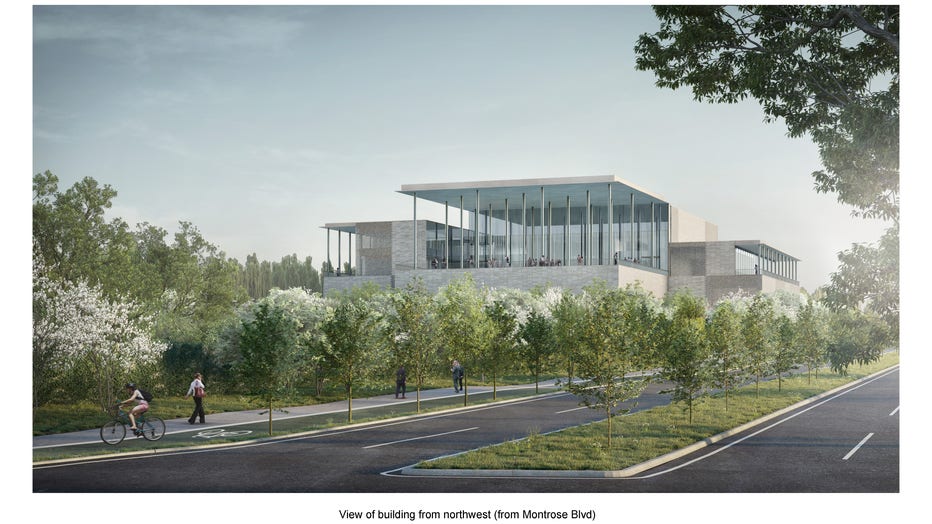 Ismailis are a part of Shia Islam, whose beliefs are united under an Imam (spiritual leader) and direct descendent of the Prophet Muhammad. They live across the U.S. and have a significant presence in Texas, according to Celina Shariff, vice president of the Ismaili Council USA.

Celina Shariff, vice president of the Ismaili Council USA speaks with FOX 26 on the importance of building an inclusive community center in Houston, which would be the first in the U.S., but joins several international centers in London, Lisbon, Dubai, Dushanbe, Vancouver, and Toronto.

"We have a large community presence in Houston," Shariff said during an interview with FOX 26. "And Houston is so diverse and multicultural and so many of us, myself included, have called Houston home for so many years."

Prince Amyn Aga Khan, the younger brother of the 49th hereditary Imam, His Highness the Aga Khan, made a special appearance at the luncheon. The prince also delivered remarks about the center's importance, calling it a spiritual place where knowledge and creativity could be strengthened.

Houston Mayor Sylvester Turner and Prince Amyn Aga Khan discuss the development and impact of the Ismaili Center Houston, the first in the United States.

"These Centers seek to provide a place where people come together to share their creativity and their wisdom," Prince Amyn said. "Above all, these are places for contemplation, upliftment, and the search for knowledge, and have
become important cultural institutions."

FOX 26 caught up with John Abodeely, the Chief Executive Officer of Houston Arts Alliance (HAA) to learn more about the construction of an inclusive Ismaili community center and what it will mean as a landmark for Houston.

Houston Mayor Sylvester Turner also delivered special remarks during the event, noting how the center would promote inclusivity for all Houstonians.

"The Center will be a place where Houstonians of all backgrounds come together to strengthen and forge new bonds and work together based on our common values, towards a future that shines even brighter than the present," he said. "The notion of service to humanity, of bridge building, and of giving the best of ourselves, which permeate the Ismaili community and underlines the spirit of Houston, are modeled by His Highness the Aga Khan through the work of the Ismaili Imamat and of the Aga Khan Development Network." 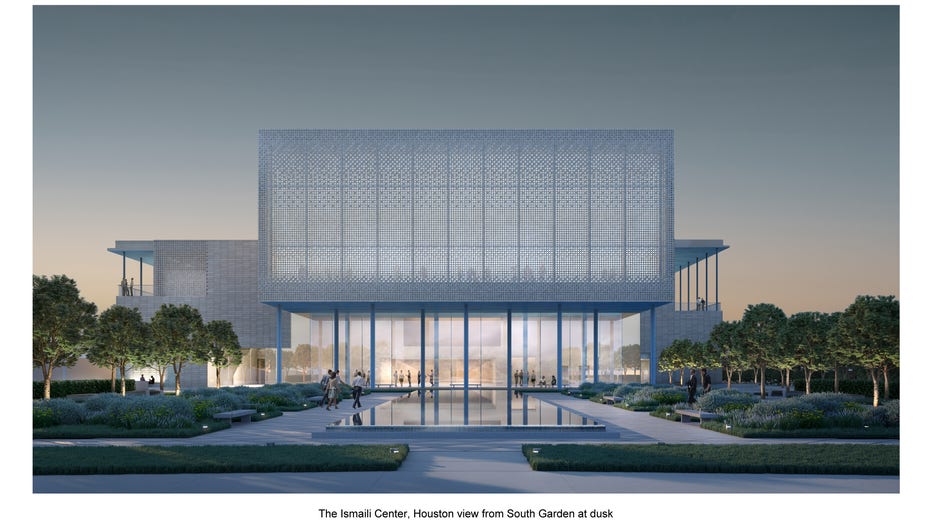 State Rep. for District 137 Gene Wu and Fort Bend County Judge KP George, who were also in attendance, echoed the mayor's statements in an interview adding that the building would be a testament to Houston's diversity.

State Rep. for District 137 Gene Wu was one of several local leaders attending a luncheon to commemorate the progress of an Ismaili Community Center being built in Houston.

"This is not just a building for the Ismaili community; this is a building for the entirety of the greater Houston area," Rep. Wu said. "It really is a landmark that is going to say that Houston is truly a multicultural international city. This is where the future is."

MORE FROM THE AUTHOR: Muslim LGBTQIA+ activist working to set up first inclusive mosque in Houston

"It is going to be a space and it's going to be a center available for the people of Houston and learn more about Ismaili culture and values and things of that nature," Judge George said. "And in case if there is an emergency and things of that nature, this center, as far as I understand, I've been told, is going to serve as a shelter…I see that this can actually so much value to the citizens in Houston at large."

Judge KP George spoke with FOX 26 about an Ismaili Center being built in Houston, noting it would be an inclusive center for not just Ismaili Muslims, but all Houstonians.