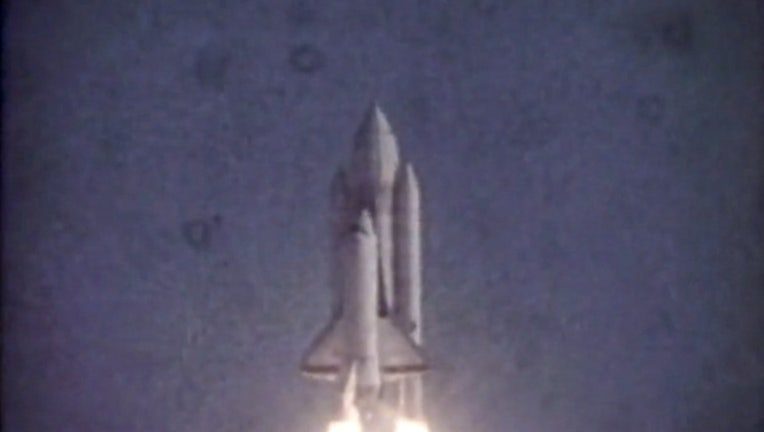 The first space shuttle launch happened in 1981 on the 20th anniversary of when Yuri Gargarin became the first man in space, but the launch date was not by design. A technical delay scrubbed the first STS-1 launch attempt, moving it to April 12.

Scrubs due to weather and technical delays are part of launching any rocket -- especially a new vehicle.

NASA is experiencing the same struggles now as it works to conduct a test flight of the Space Launch System and Orion spacecraft, known as the Artemis I mission. However, this time the goal is far beyond low-Earth orbit. The objective of the Artemis program is to establish a sustainable presence on the moon.

On Monday, NASA's first attempt to launch the Artemis I test flight ended in a scrub after one of four RS-25 rocket engines was not cooling properly. The space agency is moving forward with a new game plan with another launch attempt on Saturday.

WHAT IS NASA'S ARTEMIS 1 MISSION GOING TO DO?

The last time NASA had a rocket powerful enough for lunar missions was the Saturn V during the Apollo program, which was last launched in 1973.

Less than a decade after Saturn V’s last mission, NASA began launching a new reusable vehicle under the Space Shuttle Program. The program’s approval happened while astronaut John Young was walking on the moon during Apollo 16 in 1972. 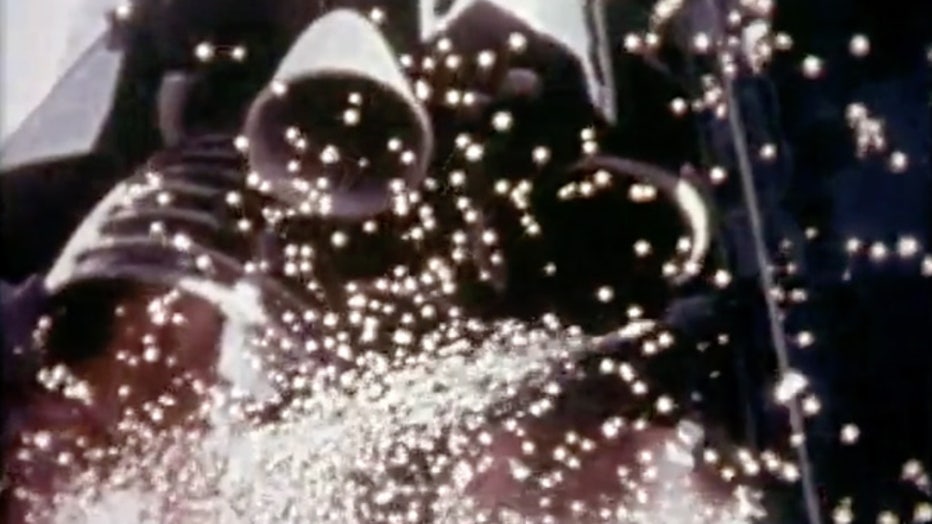 The three space shuttle engines of Columbia firing up on April 12, 1981 on STS-1, the inaugural flight of the space shuttle. (NASA image)

Challenges for inaugural flights of space shuttle and SLS

STS-1 was the first time NASA launched a new spacecraft on its maiden voyage with a crew onboard. The orbiter required a crew to fly. NASA’s new human spacecraft Orion can fly autonomously. That’s why NASA is conducting the Artemis I test flight without astronauts before flying a crew, possibly next year.

STS-1’s original launch date was targeted for November 1979, but it didn't launch for another two years, according to NASAspaceflight.com.

James Myers, a retired space shuttle engineer for Rockwell and Aerojet Rocketdyne, called it a "nightmare," spending two years putting the tiles back on the orbiter. NASA contracted Rockwell to build the orbiters for the space shuttle program.

HERE'S WHY THE ARTEMIS 1 LAUNCH WAS SCRUBBED MONDAY

"It was two years putting Humpty back together again," Myers recalled.

Launching the orbiter was an entirely new vehicle. This time, with SLS, NASA is starting over with almost everything but the engines. The four RS-25 engines built by Aerojet Rocketdyne on the SLS core stage are formerly known as Space Shuttle Mains Engines.

From analog to modern-day technology 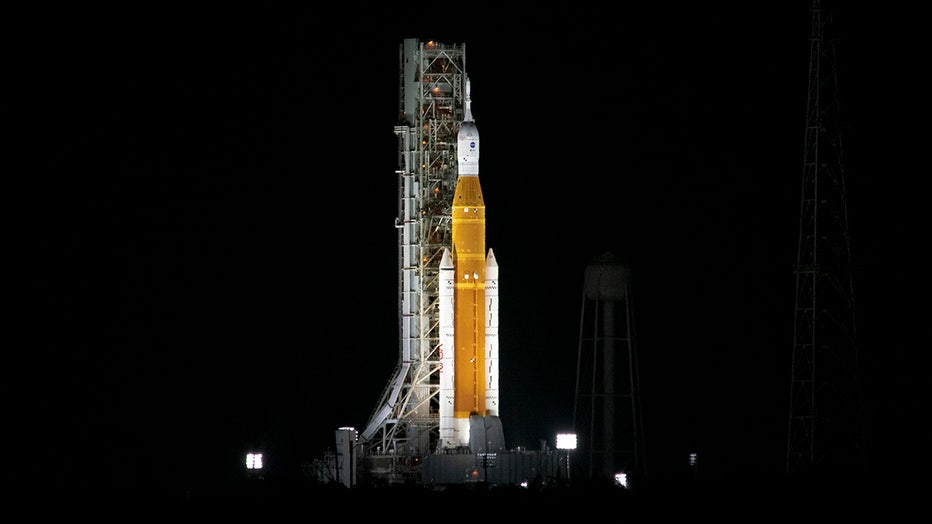 NASA conducted four wet dress rehearsal (WDR) tests with the SLS before moving toward a launch attempt. During a WDR, NASA’s launch control runs through the countdown and fuels the rocket just as it would on launch day, but the rocket does not fire up.

Before the space shuttle’s first orbital flight, one WDR was completed in February 1981 at Kennedy Space Center, but it also included a flight readiness firing, where all three orbiter engines were fired up, but the vehicle stayed firmly on the ground.

More than 40 years later, Artemis I Launch Director Charlie Blackwell-Thompson said during an April 18 media briefing she has two engineers who worked on STS-1 now working on the Artemis I mission. She estimated that the STS-1 booster was tanked about five times and underwent 12 static fires at Stennis Space Center before it actually launched.

"When you look at STS-1 through that lens, and you look at where we are, we're very much within family with that experience," Blackwell-Thompson said.

After a computer error caused the STS-1 launch attempt to scrub on April 10, 1981, the mission lifted off two days later. You would be right if you sensed a pattern with new spacecraft and launch delays.

On April 12, 1981, astronauts John Young and Robert Crippen launched on Space Shuttle Columbia, about nine years after Young was walking on the moon. 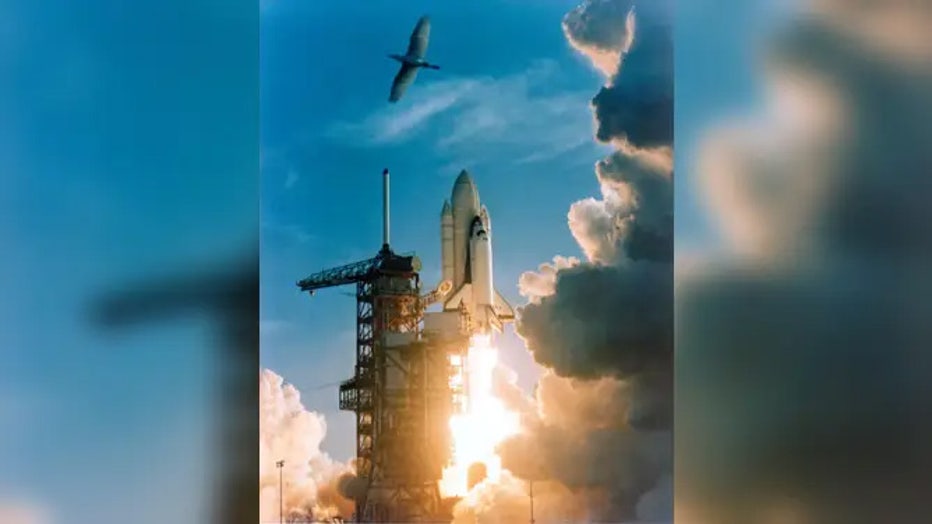 On April 12, 1981, the Space Shuttle Columbia begins a new era of space transportation when it lifts off from NASA Kennedy Space Center. In this image the reusable orbiter, its two fuel tanks and two solid rocket boosters has just cleared the launch

The STS-1 test flight lasted 55 hours as Young and Crippen orbited the Earth 36 times. With Artemis I, NASA is sending Orion 40,000 miles past the moon and back on a 42-day mission.

NASA Artemis Mission Manager Mike Sarafin said that while the physics of launching the orbiter and SLS might be similar, the processes of how NASA assesses risk and calculates its moves have changed.

"Back in the early shuttle era and Apollo era, everything was analog," Sarafin said on April 18. "Now we've digitized many, many things. And the ways that you calculate and determine these values and the computing power and the software algorithms and all that is different. So, you've got to have the techniques and the mindset to handle these tests, even though the physics are the same, using modern-day technology."

A second Artemis I launch attempt is scheduled for Saturday at 2:17 p.m. after the first countdown ended in a scrub. If there is another delay, Myers offered this sage advice on launching rockets: "If it was easy, anybody would be doing it."

LINK: GET MORE ON THIS STORY FROM FOXWEATHER.COM