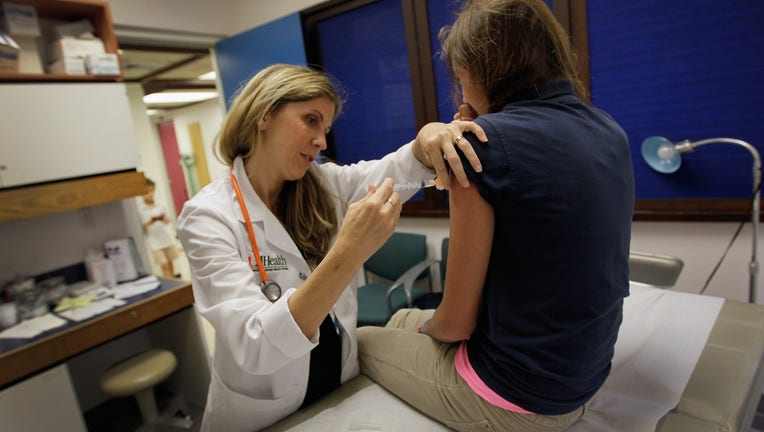 MIAMI, FL - SEPTEMBER 21: University of Miami pediatrician Judith L. Schaechter, M.D. (L) gives an HPV vaccination to a 13-year-old girl in her office at the Miller School of Medicine on September 21, 2011 in Miami, Florida. The vaccine for human pap

A new study from the U.S. Centers for Disease Control and Prevention shows the effectiveness of the HPV vaccine since it was first recommended in 2006.

The study found that through 2018, human papillomavirus (HPV) infections decreased more than 80% among young females.

HPV is the most common sexually transmitted infection in the United States, according to the CDC. Nearly 80 million Americans are currently infected with it, and about 14 million Americans - including teenagers - become infected each year.

Most HPV infections go away by themselves within two years. But sometimes, the infection can last longer and cause certain types of cancers, the CDC states.

Every year in the United States, HPV is estimated to cause nearly 36,000 cases of cancer in men and women, according to the CDC.

That’s why the CDC recommends all children - girls and boys - get vaccinated at 11 or 12 years old, though those up to 26 years old can still get the shots. The vaccine has been recommended in the United States since 2006 for girls and since 2011 for boys.

Researchers looked at HPV infection rates from 2003-2006 for its pre-vaccine data.

HPV vaccination coverage has increased but is still lower than that of other vaccinations recommended for adolescents, according to the CDC’s study.