Hundreds of people gathered in Collin County to mourn four students killed in a car crash this week. The vigil started off with a beautiful rendition of Amazing Grace.

NEVADA, Texas - Hundreds of people in Collin County came together Wednesday night to remember four teenagers killed in a crash.

The teens all attended Community High School in Nevada. Two were seniors and two were sophomores.

Friends and fellow students filled the stands of the football field for Wednesday night’s vigil, which was organized by pastors within the community. Four wreaths were placed on the field to honor the students. 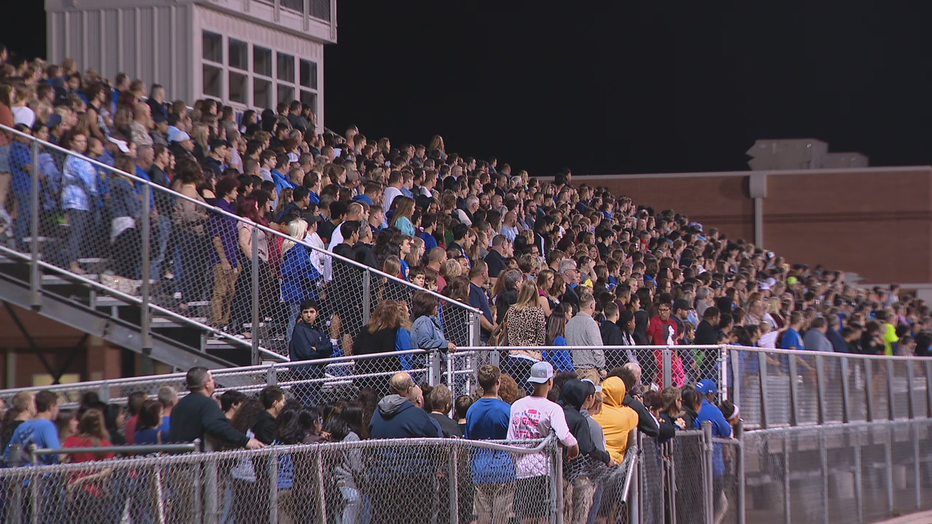 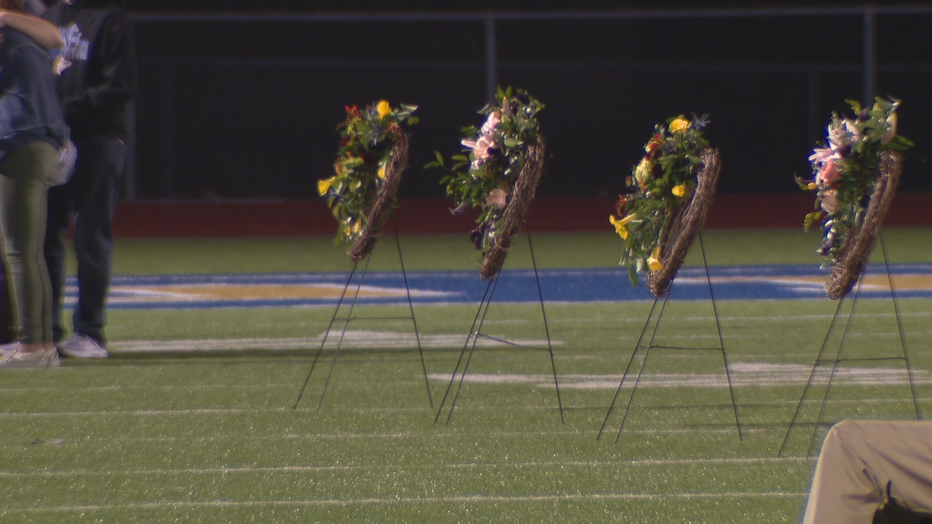 “Seeing kids walk in this morning and seeing kids understanding how serious, how final... is something that, as an educator, I don’t ever want to go through again,” he said.

“I was just thinking about how this could happen out of nowhere and the families waiting at home, waiting for their kids. It’s unforgettable, something you can’t forget, something you won’t believe,” said Melanie Solis, a freshman.

Crosses and flowers now mark the spot of the deadly crash. 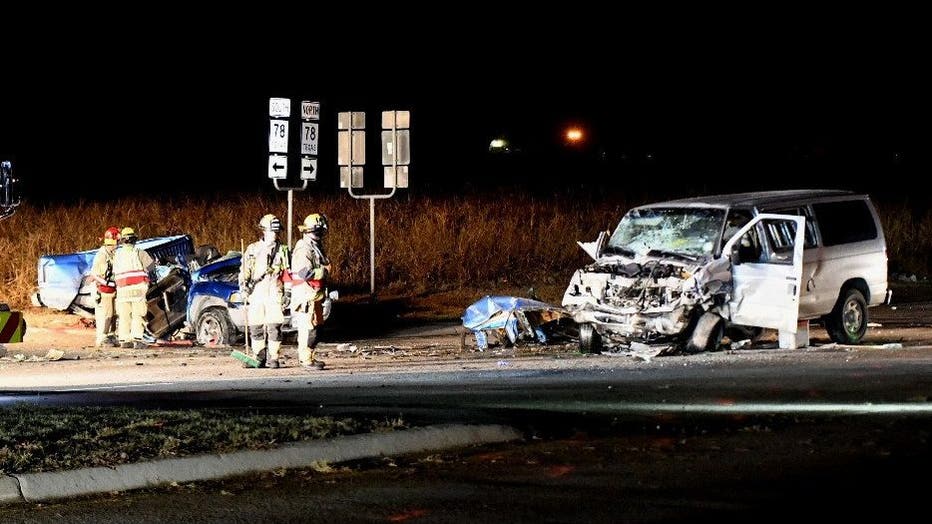 Lavon police don’t yet know what caused the teens to lose control in a truck, cross into the median and into the path of a van. The wet road may have been a factor.

Three other people in the van were taken to local hospitals.

The school district has been receiving support from across the state. That continues with several North Texas schools set to wear blue Thursday.