Officer L.C. Buckshot Smith was born and raised in his small town of Camden, Arkansas. He works for the local police department, serving a community he’s called home for decades.

CAMDEN, Ark. - A police officer in Arkansas has spent most of his adult life working in law enforcement, and now at 91, he has no plans to retire from serving the community he loves.

Officer L.C. "Buckshot" Smith was born and raised in his small town of Camden, Arkansas, located about 100 miles south of Little Rock. He works for the local Camden Police Department, serving a community he’s called home for decades.

"I’ve taken more people home than I’ve taken to jail when I was patrolling. I love people," he said.

The officer, whose nickname "Buckshot" was given to him as a teenager and stuck, said he always wanted to work in law enforcement growing up.

For more than four decades, he served as a deputy with the Ouachita County Sheriff's Department, also located in Camden. He did both patrolling and work in the Criminal Investigations Division for 46 years and eight months, until he retired in September 2010.

"I wore a lot of hats at the sheriff’s department. A lot of hats," Smith recalled.

But his retirement didn’t last long. In fact, it only lasted five months.

"The Camden Police Department kept calling me and wanting me to come work here," he said. "I love law enforcement and I always wanted to be a police officer, so I accepted."

In January 2011, Smith came out of retirement to become an officer with the department and hasn’t looked back for more than 10 years. He works from 7 a.m. to 3 p.m. four days a week — or some weeks five days, "depends on what’s going on."

He serves as the department’s bailiff and also helps with its community watch program, doing everything from traffic stops to patrolling school zones to escorting funerals and parades. 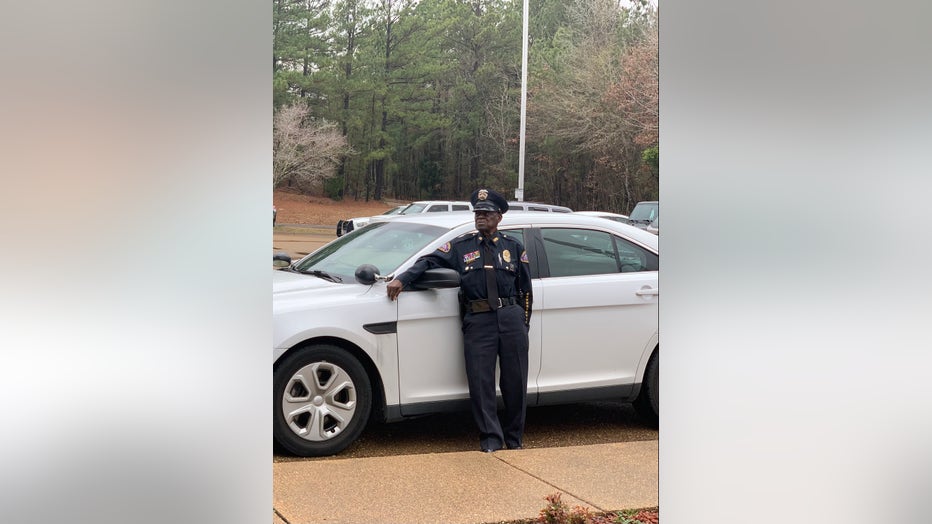 Smith believes being a good police officer isn’t about making arrests, but rather having compassion for the citizens they serve. He said he was encouraged by the national conversation happening around racial justice as it relates to police reform in the country.

"The gun and the badge don’t make a good police officer. You got to want to do it, and love people and care for folks," he said.

As far as when he’ll finally hang up his badge and retire for good from law enforcement, Smith said he’ll "let the Good Lord make that charge."