In the video, you can hear Knuttel directing other officers to pull him back. Once the man is safely on the ledge, a group off officers surround him and continue to engage him in conversation, reaffirming him of his safety. FOX 29's Alex George has the story.

ATLANTIC CITY, N.J. - Police in Atlantic City, New Jersey have released video of their officers jumping into action to save a man in distress atop a parking garage.

On Wednesday evening, around 8:45 p.m., the department received information from Pleasantville police that a suicidal man was threating to jump from a bridge in Atlantic City.

The department says officers began looking for the man throughout the city and eventually obtained a photo that led them to the Claridge parking garage.

Officer Eric Knuttel jumped into action to pull the man from a ledge before other officers swarmed in to comfort him.

At 9:09 p.m. Officer Eric Knuttel, a member of the department's crisis negotiation team, located the man sitting on a ledge on the top of the garage.

There, police Officer Knuttel was able to engage the man in a conversation, attempting to talk him off of the ledge. The man was also on a FaceTime call during their conversation.

After about 10 minutes, police say the man became extremely agitated, stood up, and walked toward the ledge while yelling out.

Believing the man was going to jump, Officer Knuttel ran towards him and grabbed the man, pulling him back from the ledge.

In the video, you can hear Knuttel directing other officers to pull him back. Once the man is safely on the ledge, a group of officers surround him and continue to engage him in conversation, reaffirming him of his safety.

"You're good. You're okay. We're here for you," officers can be heard telling him.

"I love you. Even though I don't know you, I love you, alright?" one of the officers adds. "We're going to help you."

In the meantime, other officers tell the person on the FaceTime call that the man is safe.

The man was transported to a local hospital for evaluation.

"I just remember being so relieved that he was okay that I was okay that every other officer on that scene was okay. I knew we were all going home," Officer Knuttel said.

He added, "I knew just talking to him that that man is going places in life. He is driven and he is he can reach potentials so high."

“I am extremely proud of the bravery and compassion shown by Officer Knuttel and the other officers for this man who was in severe emotional distress.  Their actions are indicative of the work routinely done by members of this police department,” said Interim Officer-in-Charge James Sarkos.  “For years, the Atlantic City Police Department has taken a proactive approach when it comes to the mental health of our residents and visitors by partnering with social service organizations and providing training to our officers.” 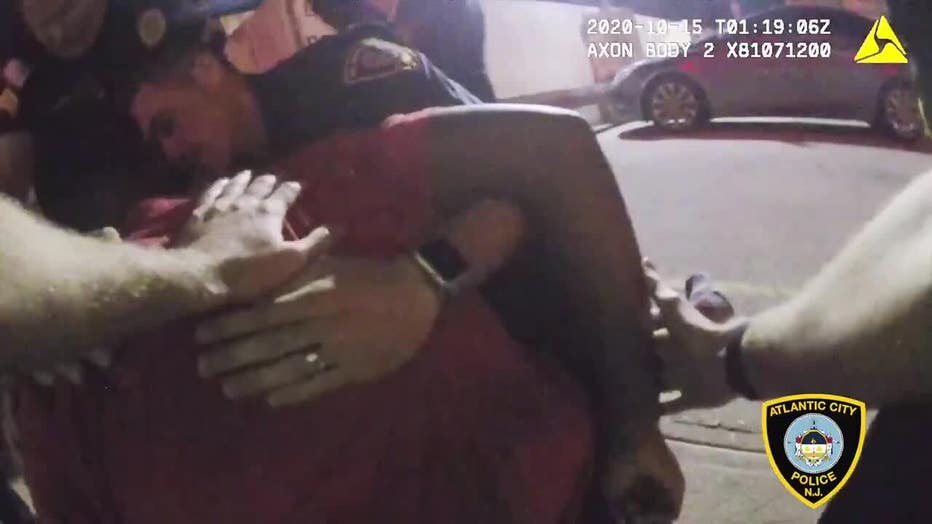