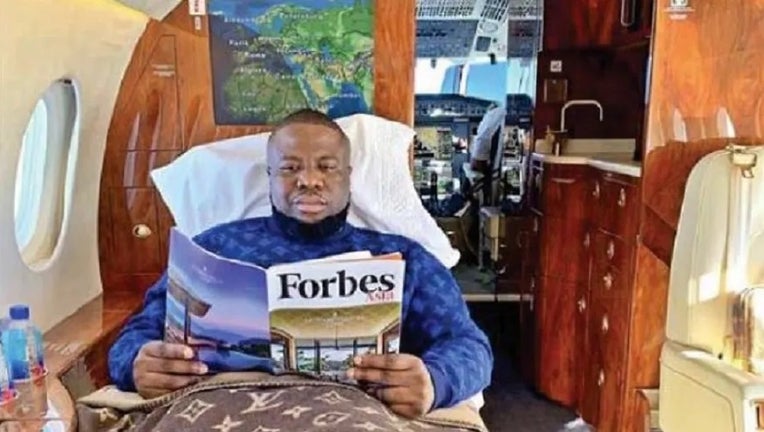 A Nigerian social media influencer who called himself Ray Hushpuppi and flaunted a lavish lifestyle fueled by his efforts to launder millions of stolen dollars was sentenced Monday in Los Angeles to more than 11 years in federal prison.

Ramon Abbas, 40, also was ordered by a federal judge to pay $1.7 million in restitution to two fraud victims, according to a statement from the U.S. Department of Justice.

Abbas was "one of the most prolific money launderers in the world," Don Alway, assistant director in charge of the FBI’s Los Angeles office, said in the statement.

Prosecutors said Abbas and a Canadian man laundered money from various online crimes including bank cyberheists and business email compromise, or BEC, a prolific crime in which crooks hack into email accounts, pretend to be someone they’re not and fool victims into wiring money where it doesn’t belong.

In 2019, he helped launder some $14.7 million stolen by North Korean hackers from a bank in Malta, funneling the money through banks in Romania and Bulgaria, prosecutors said.

He also helped launder millions of pounds stolen from a British company and a professional soccer club in the United Kingdom, got a New York-based law firm to transfer nearly $923,000 to a criminal account and acknowledged in a plea agreement that he helped defraud someone in Qatar who sought a $15 million loan to build a school, federal prosecutors said.

"By his own admission, during just an 18-month period defendant conspired to launder over $300 million," prosecutors wrote in a sentencing memorandum, although they said much of the intended loss "did not ultimately materialize." 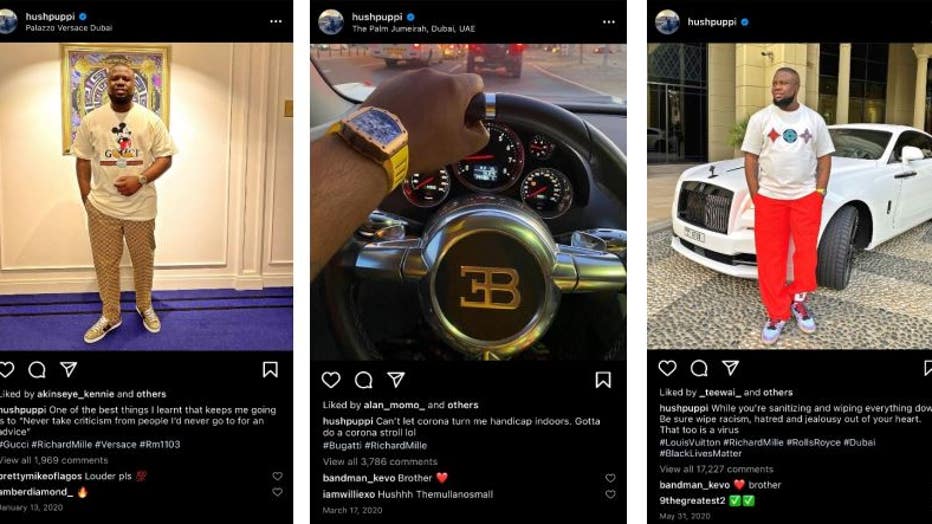 Abbas, under the name "Ray Hushpuppi," had more than 2 million Instagram followers before he was arrested in 2020 in Dubai in the United Arab Emirates.

His social media posts showed him living a life of luxury, complete with private jets, ultra-expensive cars and high-end clothes and watches.

"I hope someday I will be inspiring more young people to join me on this path," read one Instagram post by Abbas, who pleaded guilty in April 2021 to one count of conspiracy to engage in money laundering.

Ghaleb Alaumary, 37, of Mississauga in Ontario, Canada, was charged separately. He pleaded guilty in 2020 to one count of conspiracy to engage in money laundering, prosecutors said. He was sentenced to nearly 12 years in federal prison and was ordered to pay more than $30 million in restitution.