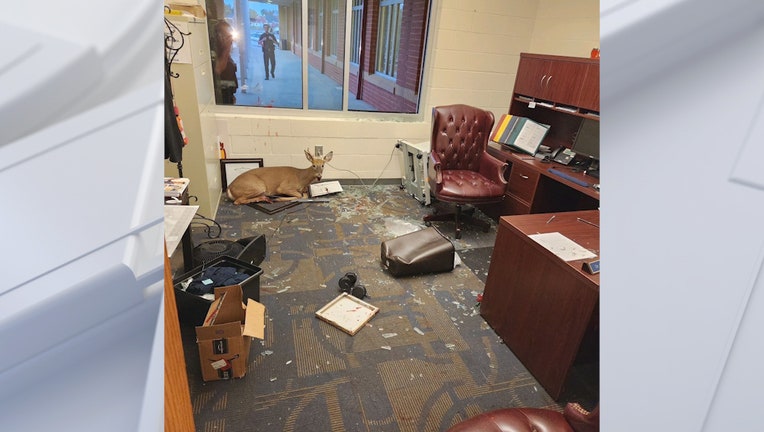 ROCKY MOUNT, N.C. - Authorities said a deer was euthanized after the animal was hurt while breaking into a North Carolina high school.

Police in Rocky Mount, North Carolina, posted on Facebook on October 28 that the deer broke into a window at the local high school.

The deer also trashed an office.

"This morning, we assisted North Carolina Wildlife in reference to an unexpected visitor at Rocky Mount High School. NC Wildlife successfully removed the deer from inside the school," police posted on Facebook.

No injuries were reported by the faculty and students.

According to the News and Observer, Daniel Terrill, a master officer with N.C. Wildlife Resources Commission, said he arrived at the campus and found that officials had pinned the animal under a desk.

The outlet reported that the deer lost one of its antlers.

Authorities later posted that the deer had to be euthanized due to injuries.