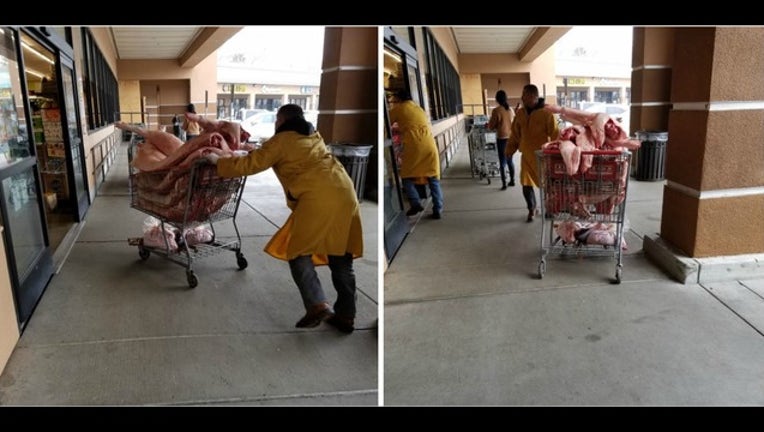 A 99 Ranch Market in San Jose is under investigation after a customer witnessed and took photos of an worker allegedly carrying uncovered meat into a gorcery store in a Costco shopping cart.

The photos were posted on Facebook earlier this week and the person who posted them says the slabs of pork were delivered to a 99 Ranch Market store in San Jose using Costco shopping carts.

The chronicle reports 99 Ranch Market responded to the Facebook post saying: "We are taking the necessary steps to resolve this issue by investigating this case further and filing a complaint against our vendor."

The paper also reports the Santa Clara County Department of Environmental Health has launched an investigation.